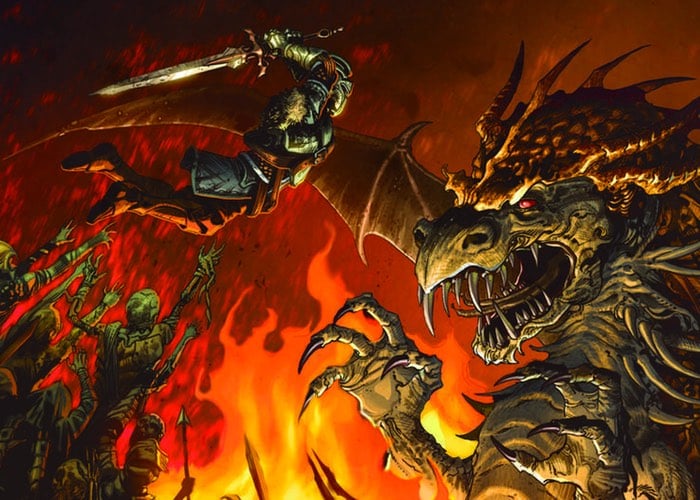 Dark Souls fans of the video game series, may be interested to know that a new Dark Souls comic is currently under development and will be published during April 2016.

The Dark Souls comic book number one will ship with five different covers for fans to choose from, that will take the form of two game covers, a blank sketch cover and two variant covers by artists Joshua Cassara and Marco Turini.

It’s not been confirmed as yet whether the Dark Souls comic book will be a limited series or an ongoing publication but as soon as more information becomes available we will keep you updated. Talking about the comic, writer George Mann explains :

I’m ‘dead’ excited to be working on this new series (see what I did, there). Dark Souls has a rich, original universe that’s just begging to be explored in comics, and I’m honoured to have the opportunity to delve in and tell some new stories within it. I’ve been a fan of the games for some time, so it’s a real thrill to be able to contribute to the mythology of the Hollows and their world.

The Dark Souls #1 comic is set to be released on April 6th and will be followed by the highly anticipated video game Dark Souls III to follow on April 12th for the PS4, Xbox One and PC.