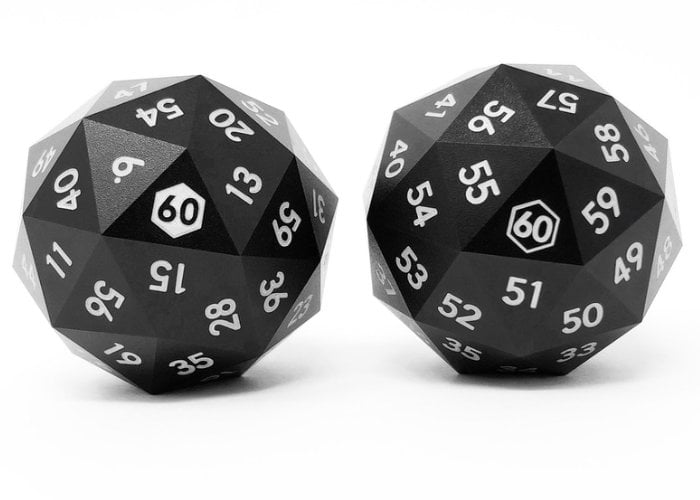 Flying Horseduck an independent designer and manufacturer of innovative dice has once again taken to Kickstarter to launch their new D60 dice in the form of the Spindown. Watch the video below to learn more about the metal dice machined from aircraft grade aluminium and laser etched. 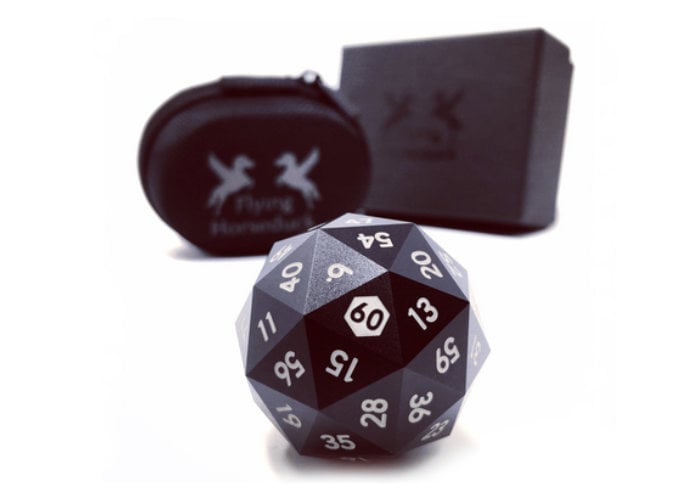 Early bird pledges are available from $39 or roughly £31 for a single D60 dice with worldwide shipping expected to commence sometime around November 2019. “For our second Kickstarter we are introducing a d60 and a d60 spindown. Both of these dice started as a solid billet of aircraft grade aluminium and were milled by a massive 5-axis industrial CNC into a stunningly precise pentakis dodecahedron. After a light bead blast they were subjected to the most durable anodise possible – a type III hard coat anodize. They were both laser marked with the numbers 1-60, but that is where the similarities end.”

“You can find other d60s, but none like this. As far as we have found available for sale in production volume, this is the only precision milled d60, the only metal pentakis dodehedron d60, the only d60 with laser marked numbers, and the most fair d60 ever created. Our crisp edges and flat faces mean the die doesn’t take too long to stop rolling and the result is always easy to see. “