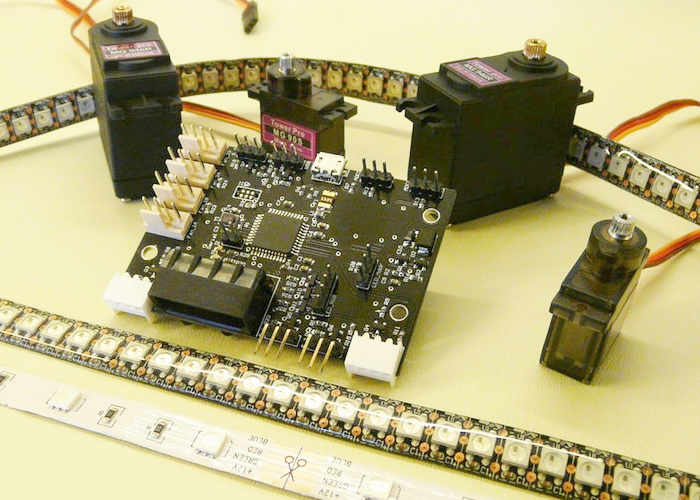 Gaming rig and custom PC system builders enthusiasts searching for an easy-to-use Arduino-based PC servo and light controller, may be interested in the urPC which has taken to Kickstarter this week to raise the £2,000 required to make the jump into production. The multipurpose programmable PC case controller offers connections for servos, fans and lights allowing you to create active venting for superior cooling, analogue ‘guages’ for temperature or performance, macro key cup holders, synchronised mechanical and lighting effects. John Howarth the creator of urPC explains more about its features and functionality.

With urPC, your PC can be what you want it to be. Think of it as home automation for your PC, control the lights (RGB or Neopixel), heat (fans), and even doors (servos). Based on the Arduino Leonardo platform, these boards come out of the box with the connectors and drivers you need to read and control the following:

This is all in a package sized similarly to a 2.5in hard drive, and can be screwed into such a drive bay. Power is provided by a standard 4pin PC molex connector. Programming and communication by a USB micro connector. As this board is based around an Arduino Leonardo it can be programmined in all the same ways, I have generated libraries compatible with the arduino IDE and will make example programs as well.

urPC is now available to back via Kickstarter with early bird pledges starting from just £29 and delivery expected to take place during June 2018 . For full specifications and more information jump over to the official Kickstarter campaign page via the link below.