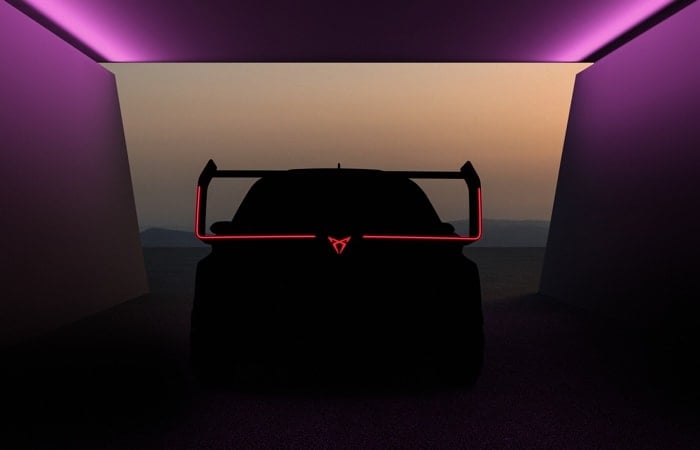 Cupra has announced that they will unveil a new concept car at this years IAA Munich International Motor Show, the Cupra UrbanRebel Concept.

The Cupra UrbanRebel Concept will be an all electric concept car and it will give us an idea of what Cupra has planned for the future.

The CUPRA UrbanRebel Concept mixes pure electrification, sustainability and performance with the thrilling aesthetics of the virtual world. It gives an idea of the future design language of the urban electric vehicle, which will be launched in 2025.

Cupra  is pushing the limits with its most radical interpretation of an urban electric performance car.

Racing is a key part of CUPRA’s DNA and that’s why the company decided to present the vision of its 100% all-electric urban vehicle first as a race car with bold, thrilling, sharp looks: the CUPRA UrbanRebel Concept.

The CUPRA UrbanRebel Concept will be digitally unveiled next week and will make its world debut at this year’s IAA Munich International Motor Show.