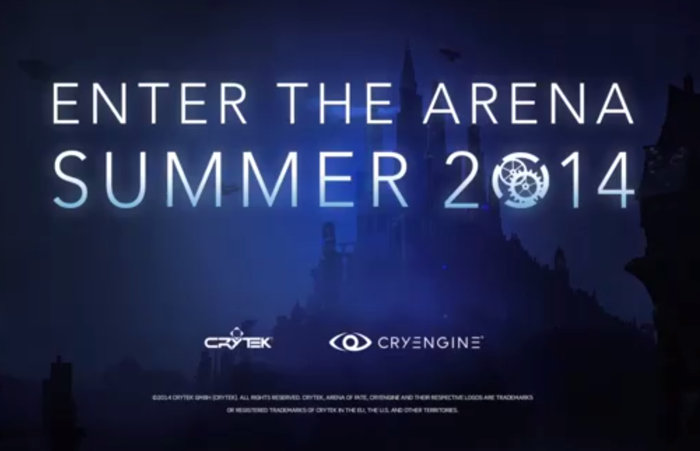 Crytek has today released a new 30 second teaser trailer for a new game it is currently developing called the Arena of Fate which could be launching during the summer 2014 months.

The new Crytek Arena of Fate game looks as though it could be a new multiplayer online battle arena (MOBA) in which two teams of players compete with each other, with each player controlling a single character via an RTS-style interface.

However this has not been confirmed as yet by Crytek, but the trailer below definitely shows glimpses that could indicate a MOBA is in development.

No other details for the new Arena of Fate game have been released by Crytek at the current time but as soon as any more information comes to light we will keep you updated as always.

“Step into the shoes of legendary heroes from history and fantasy and lock horns in “Arena of Fate”; an action-packed online multiplayer game coming to PC and consoles soon from Crytek.”