Counter Strike fans of the TV series The Office by NBC, might enjoy playing this new Counter Strike Source map which has been created, modelling the Dunder Mifflin paper mill offices from the comic TV series.

The map builder has been creating the CSS map on an off since 2009 and has done a fine job, creating The Office in all its glory. Spending over 500 hours building each section in detail, see the results in the video after the jump. 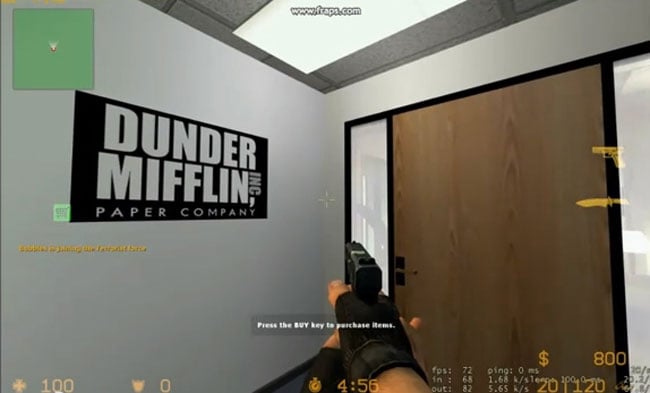 “This easily consumed as much as 500 hours playing and pausing episodes, looking at the office tally and blue prints. I’m not the most experienced css mapper, most of the architect is based on meticulously shaped blocks as the props just didn’t really cut it.

PM me if your interested in helping or taking it over; don’t have the time to finish it these days. Need to be experienced, very good at detail, likes The Office and have a s**tload of time on their hands.”

So if you fancy finishing off The Office map nows your chance. Enjoy!