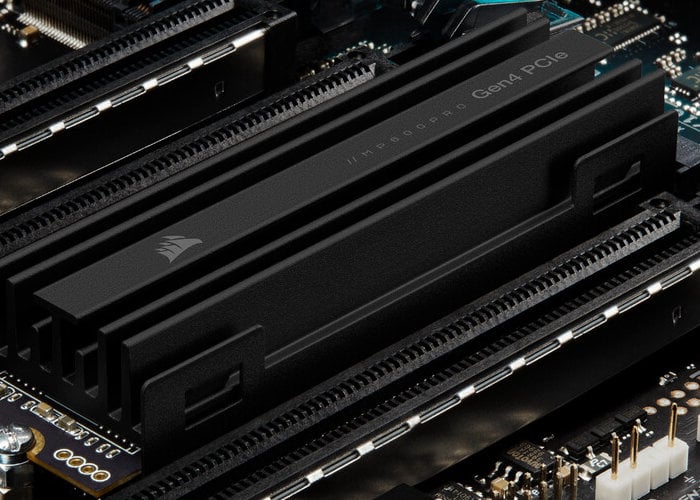 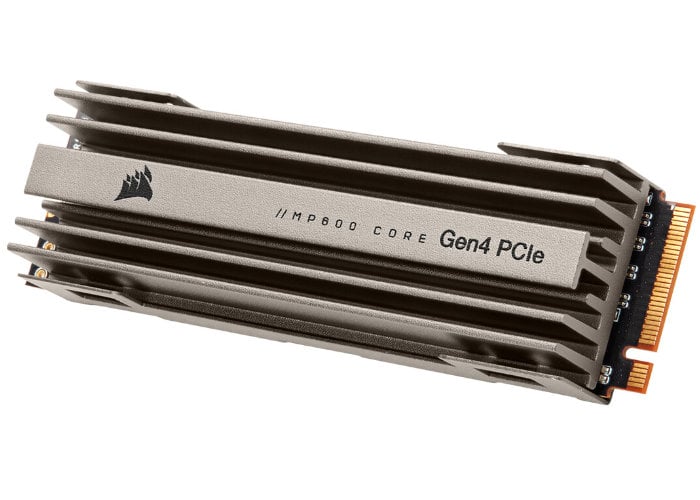 The MP600 CORE is available in capacities of 1TB, 2TB, and 4TB capacities. The MP600 PRO is available in 1TB and 2TB capacities immediately with a 4TB model coming soon, while the MP600 PRO Hydro X Edition comes in a 2TB capacity, complete with an integrated CORSAIR Hydro X Series XM2 water block that connects your SSD seamlessly into your custom cooling loop. The XM2 water block is also available for purchase as a standalone product, compatible with many existing M.2 SSDs.

“The MP600 CORE and MP600 PRO models are both equipped with a high surface area aluminum heatsink to effectively disperse heat and reduce throttling, maintaining the drive’s performance for years while adding a stylish accent to your motherboard. The MP600 PRO Hydro X Edition is the first CORSAIR M.2 SSD to include an integrated Hydro X Series XM2 Water Block, easily fitting into your custom cooling loop for top-of-the-line cooling and performance. The XM2 Water Block is also available separately, installing onto any M.2 SSD with a 2280 form-factor and integrating into your loop to reap the benefits of lower temperatures and virtually eliminating performance throttling.”