Check out this amazing modded Nintendo Wii from Wii Moder Ramon of Morpheon Mods, the guy behind some of the awesome Wii Mods we have seen before like the Clerks Wii Mod. 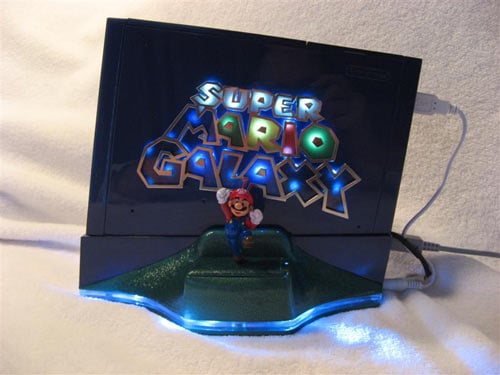 This amazing Wii mod has a custom console stand with an integrated Wii mote holder and a comparment for recharging the batteries. 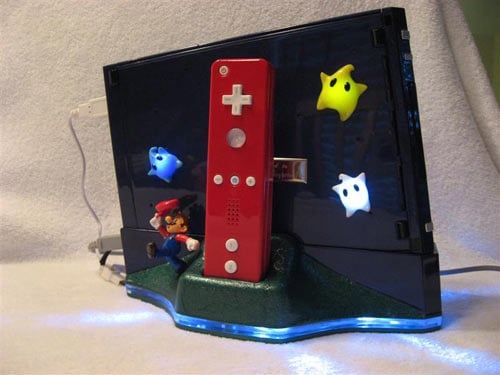 On each side of the stand there is limited edition Mario figurine, which are no longer available. 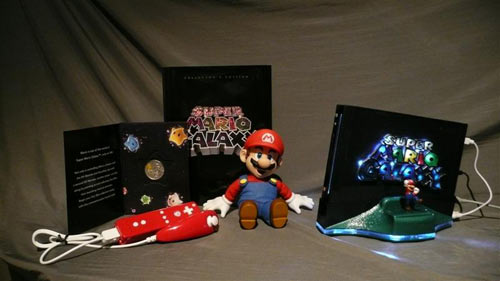 Ramon has also given this Super Mario Galaxy Wii Mod a great paint job, which really makes this custom Wii console stand out.

The good news is that this custom console can be yours, it is up for sale on Ebay and the proceeds are going to the Child’s Play charity.
Check out this video of it in action.