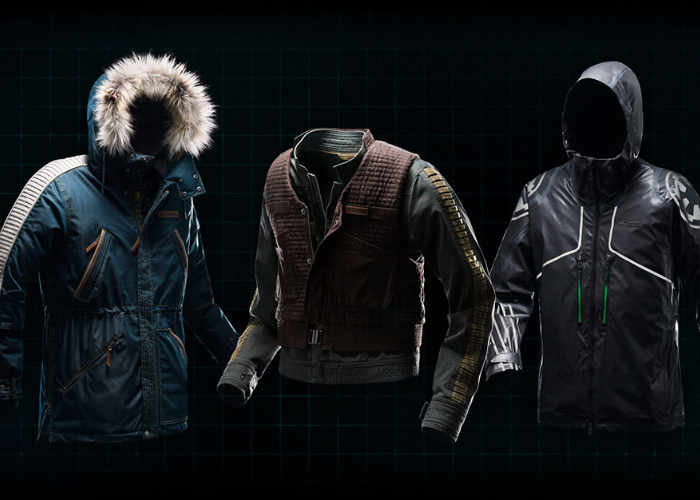 With the latest Star Wars movie set to explode onto theatre screens within the UK and a couple of days time on December 15th, 2016, and worldwide one day later on December 16th, 2016.

Fans of the Star Wars series might be interested in a new range of limited edition products which have been inspired by actual garments featured in the new Star Wars Rogue One movie.

The jackets take the form of the Women’s Jyn Erso Rebel Jacket which is available for $400, the Men’s Captain Cassian Andor Rebel Parka price that $500 and the Men’s Imperial Death Trooper Jacket which is priced at $450.

Join the Rebel Alliance in their struggle against the Empire. This officially licensed, limited-edition jacket and vest set is inspired by Jyn Erso’s costume in the new film Rogue One: A Star Wars Story. Crafted of heavy cotton twill, the jacket features leather-like details on the sleeves. The quilted, insulated vest can be worn separately or on top of the jacket for your next mission in a galaxy far, far away….

Inspired by the costume worn by Captain Cassian Andor in the new film Rogue One: A Star Wars Story, this officially licensed, limited-edition parka is built to withstand the harshest conditions on an ice planet or here on Earth. The jacket features a faux fur hood, Omni-Heat™ Reflective to trap in warmth, Omni-Tech™ waterproof material to keep you dry.

Crush the rebels once and for all in this officially licensed, limited-edition jacket. Inspired by the elite squadron’s armor in the new film Rogue One: A Star Wars Story, this waterproof, breathable rain jacket is fully seam sealed and packed with the same features as our award-winning OutDry™ Ex Diamond Shell Jacket, including 2-way underarm venting and Light Rail™ zippered pockets. The reflective Imperial logo shows your allegiance.

For more details on all the new jackets in the Star Wars jacket range jump over to the official Colombia website via the link below.