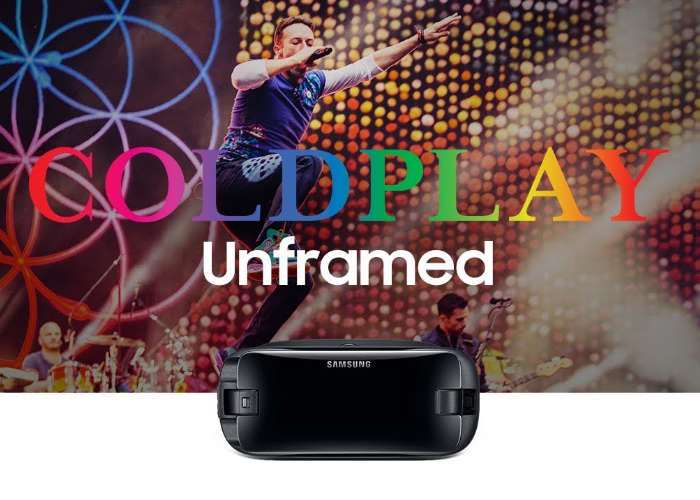 Coldplay fans Will be pleased to know that Samsung has announced that on August 17th, 2017 they will be broadcasting the Coldplay A Head Full of Dreams Tour from Soldier Field in virtual reality.

Samsung is enabling over 50 countries to tune into the live VR broadcast which is being created for the Samsung Gear VR hardware. Watch the promotional video below to learn more about this unique way to view Coldplay’s latest concert if you can’t make it to the venue in person.

Samsung Electronics America and Live Nation will broadcast Coldplay’s “A Head Full of Dreams Tour” live in virtual reality from Chicago’s Soldier Field for the first time ever. Fans around the world will be transported to the best seats in the house to experience the band’s electrifying performance from a totally new and immersive perspective. The live broadcast will be available on Samsung Gear VR powered by Oculus through the Samsung VR service on August 17, starting at 8:30 pm CT.

From the pyrotechnics, to the laser lights and the phenomenal setlist, Gear VR users in more than 50 countries will be able to experience the magic of Coldplay’s performance at no additional cost. To tune-in, consumers will need a Gear VR headset with a compatible Samsung smartphone, and navigate to the Samsung VR service. A concert replay will also be available on Samsung VR for a limited time.

For more information on the VR broadcast visit the official Samsung newsroom via the link below.