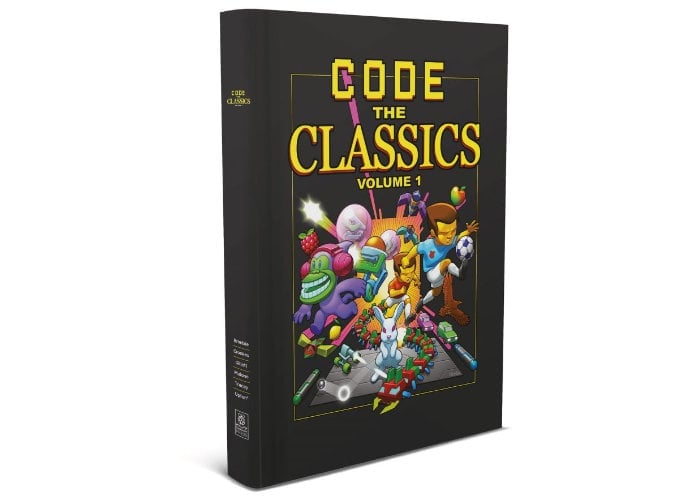 If you’d like to start programming you may be interested in a new book created by the team over at the Raspberry Pi Foundation called Code the Classics. The 224-page hardback book not only tells the stories of some of the seminal video games of the 1970s and 1980s, but shows you how to create your own games inspired by them using Python and Pygame Zero, following examples programmed by Raspberry Pi founder Eben Upton.

“The simple act of typing in a game helped to familiarise you with a programming language (usually a dialect of BASIC), and by making mistakes you could start to understand what other, more intentional changes might accomplish. Some of the earliest games I wrote started off as heavily modified versions of type-in listings; in fact, one of these made a sneaky reappearance on this blog last year.

Fast forward to the present day, and aside from regular appearances in our own MagPi and Wireframe magazines, type-in listings have faded from view. Commercial games, even casual ones, have become much more sophisticated, beyond what you might expect to be able to enter into a computer in a reasonable amount of time. At the same time, tools like Unity remove the need to develop every title from the ground up.

But there’s still a lot to be said for the immediacy of the type-in experience. Three years ago, we asked ourselves whether we could make a type-in game listing book for the modern era. The end result, of which we’re launching the first volume today, is Code the Classics. David Crookes and Liz Upton will take you behind the scenes of the creation of five classic arcade games, and then I’ll show you how to implement a simple Python game inspired by each one.”