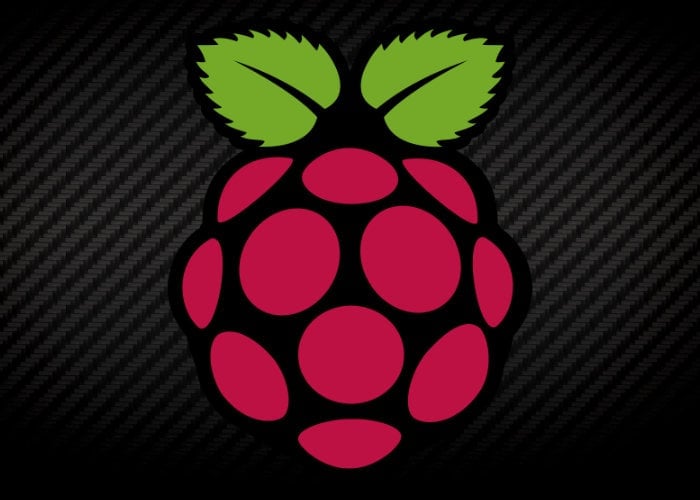 There are a wide range of different Raspberry Pi OS packages available and choosing the correct one for your hardware, application or project is not always easy. Here we compliled a list of popular operating systems for the Raspberry Pi range of single board computers, providing a quick insight into what you can expect from each and how you can use it to build a variety of different applications from games emulators. To fully functional desktop replacements using the powerful Raspberry Pi 4 mini PC, as well as as few more specialist Raspberry Pi OSes.  Instructional videos are also included detailing how to install and setup the various OSes, allowing you to quickly choose which Raspberry Pi OS is best for your project.

If you are starting out with the Raspberry Pi and class yourself as a beginner then the NOOBS Raspberry Pi OS is a great place to start. A number of online stores sell affordable SD cards pre-installed with NOOBS, ready to use straight away. Although if you have any spare SD cards lying around you can also download the NOOBS distribution directly from the Raspberry Pi Foundation website.

Using balenaEtcher you can easily format your SD card and flash your SD card with the Raspberry Pi OS of your choice. balenaEtcher also supports USB drives and allows you to quickly and safely format your chosen storage using Windows, Mac or  Linux operating systems. The application also includes a great validation process, providing feedback on the integrity of your SD card or USB drive, and alerting you if the storage is corrupt in any way. The easy-to-use interface of balenaEtcher also makes selecting the correct drive obvious for begineers, check out the video below to see how easy the process is.

Great Raspberry Pi OS for beginners and those getting started

The NOOBS Raspberry Pi OS is available in two different versions NOOBS and NOOBs Lite. The full NOOBS distribution contains Raspbian and LibreELEC, while the Lite version contains the same operating system installer without Raspbian pre-loaded but does provide a menu within the operating system allowing Raspbian and other images to be downloaded and installed if desired at a later date or to build more complex projects.

Before you use either of the NOOBS Raspberry Pi OSes distributions be aware that Raspbian and NOOBS contain Java SE Platform Products, licensed to you under the Oracle Binary Code Licence Agreement.

Raspbian is the official Raspberry Pi supported operating system and can be installed using the aforementioned NOOBS or downloaded as a separate distribution. The Raspbian OS comes pre-installed with variety of software to get you up and running straight away. Including Python, Scratch, Sonic Pi, Java and more, making it easy for general use, programming and educational applications. Be aware that the Raspbian with Desktop image contained in the ZIP archive available from the official Foundation website is over 4GB in size. Due to its size the archives uses features which are not supported by older unzip tools on some platforms. So if you experience issues check that your operating system ZIP app supports 4GB and above.

Mathematica and the Wolfram Language apps are included with both NOOBS OS and Raspbian OS and have been released under license and with permission of Wolfram Research, Inc. and may be used for non-commercial purposes only.

The RetroPie OS has been specifically created for playing games and creating awesome retro gaming consoles powered by the Raspberry Pi mini PC.

If you are looking to create an emulator games console to play retro games on your Raspberry Pi then one of the best operating system to use is the well-established RetroPie. Capable of transforming your Raspberry Pi, ODroid C1/C2, or PC into a retro-gaming machine. RetroPie builds upon the Raspbian operating system, EmulationStation, RetroArch and many other projects to enable you to play your favourite Arcade, home-console, and classic PC games with the minimum of setup.

RetroPie has been designed to sit on top of a full operating system, and can be installed on an existing installation of Raspbian. Or installed using the freely available RetroPie image from scratch, enabling you to add additional software later if needed.

If you are going to use your Raspberry Pi mini PC to build a home media centre to play vides, music and more, the open source easy-to-use OSMC operating system offers a free and open source media center based on Linux “built for the people, by the people”.

The OSMC OS offers full support for 4K, HEVC, 10-bit content and HD audio and offers support for all major formats and allows you to view media from your local network, attached storage and the Internet. OSMC is currently the leading media center in terms of feature set and community and is based on the popular Kodi project.

Anyone is free to use the OSMC Raspberry Pi OS and its code, but if you make any changes they should be contributed back to the OSMC project. If you would like to save time and purchase a ready built Raspberry Pi media centre OSMC is also available in the Vero 4K + system. A small set-top box that is priced at just over £120 with worldwide shipping available.

If you are looking for a lighterweight Linux based media centre framework for your Raspberry Pi, then the OpenELEC (Open Embedded Linux Entertainment Center) is a great place to start and has been built from scratch to provide a platform to transform your computer into a Kodi media center.

OpenELEC has been specifically designed to be as small as possible and easy to setup, allowing you to install and configure the distribution as easily as you would a satellite box or DVD player. The barebones media centre Raspberry Pi OS supports high definition content on computers with low-powered processors by offloading video content to the supported graphics cards and decoders.OpenELEC uses very little system resources for processor or memory, yet provides support for Intel’s HD Graphics, NVIDIA’s GeForce and ION platform, AMD’s Radeon and Fusion platform as well as Broadcom’s Crystal HD chip.

An alternative operating system not based on Windows or Linux

RISC OS is a little different from other Raspberry Pi OSes listed but is worth mentioning and is a great operating system to play around with, as it is not based on Linux or Windows. RISC OS was first released by Acorn back in 1987 as the first operating system for an ARM processor and has now been ported to a variety of platforms. RISC OS has its source code managed by RISC OS Open Limited (ROOL), watch the video below to learn more about the unique operating system and how to install it on your Raspberry Pi PC.

Don’t be fooled by the name, Windows IoT Core is nothing like the Microsoft Windows 10 environment found on desktop computers, but offers an environment to enable users to deploy applications directly to small, secured smart devices such as the Raspberry Pi mini PC. Windows 10 IoT Core offers version of Windows 10 that is optimised for smaller computers that run on both ARM and x86/x64 with or without a display.

Windows 10 IoT Core embraces a rich UWP app experiences and provides support for ARM CPUs such as the Raspberry Pi. For more information on the Windows IoT Core operating system jump over to the official Microsoft developer centre.

Designed for the Internet of Things (IoT) and small embedded systems

Ubuntu Core is another operating system designed for IoTapplciations and embedded devices, but unlike the Windows IoT Core, Ubuntu Core is based on the Linux Ubuntu operating system, and uses the Snap store to install software. Installing Ubuntu Core on the Raspberry Pi follows the same process as any other Linux distro available for the Pi. But keep in mind that this particular distro does not use Apt to install software.

“We redesigned the entire system from first boot to create the most secure embedded Linux for devices and connected things” say the development team at Ubuntu. Anothet great benefit of the Ubuntu Core OS is that every system has a secure app store, you can either us the global store for access to all standard apps, or curate your own collection depending on your requirements.

For more information on Ubuntu Core and to download the latest version visit the official Ubuntu website.

Possibly the very first fully functional 64-bit Raspberry Pi OS, the BalenaOS operating system is now available to download and install on the powerful Raspberry Pi 4 mini PC. BalenaOS is open source software and offers a Yocto Linux-based OS made for containers and is capable of running both 32-bit and 64-bit Docker containers side-by-side simultaneously.

The BalenaOS Raspberry Pi OS supports up to 4GB of memory, enablign it to be used with a variety of Raspberry Pi PCs as well as several other embedded systems. Once installed the BalenaOS provides users with a development workflow to push containers to your device. Along with everything necessary to reliably support operation of the Docker engine (balenaEngine) in embedded applications.The BalenaOS is great for applications that require resilience against harsh networking conditions, unstable power conditions or reduced bandwidth requirements.

The development team behind BalenaOS has also built a library of over 26,000 base images with a wide variety of distributions and languages, including build and run variants of each. For more information and to download visit the official BalenaOS website.

A new operating system for the powerful Raspberry Pi 4 Model B mini PC is the Ubuntu 19.10 Eoan Ermine distribution which was made available during October 2019 in its final release version. The Ubuntu 19.10 OS offers “out-of-the-box support” for the latest Raspberry Pi 4 allowing you to benefit from a full Linux desktop OS. Ubuntu 19.10 also brings NVIDIA specific enhancements such as improved startup reliability when using the NVIDIA graphics drivers, which are now included in the ISO image by default.

Listed are just a few of the more popular Raspberry Pi OSes currently available to install, supporting a range of mini PC systems created by the Raspberry Pi Foundation. If you would like to add any further great Raspberry Pi operating system please do so in the links below.