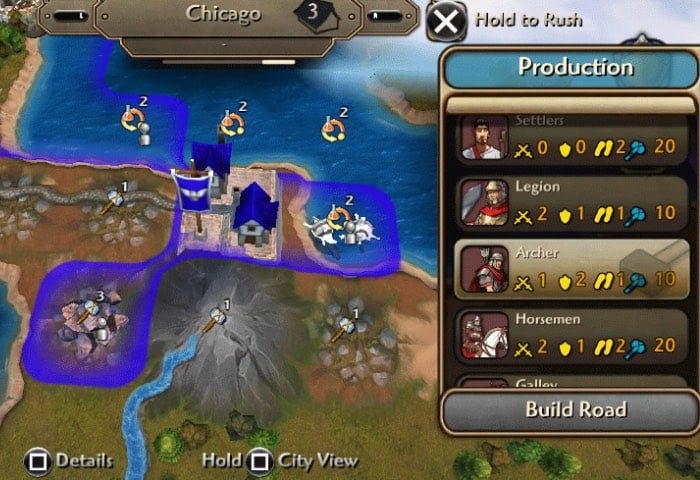 Joe Faulstick Producer at 2K Games has taken to the PlayStation Blog to reveal that Civilization Revolution 2 Plus, will be launching on the PS Vita next month on December 3rd, 2015 just in time for the holiday season.

The PS Vita game features a new interface that has been built from scratch specifically for touchscreen devices and consoles, allowing you to once again enjoy the turn-based strategy game that allows you to build up a civilisation from scratch.

2K games explain a little more ahead of the game being made available via the PlayStation Store next month :

Sid Meier’s Civilization Revolution 2 Plus, coming exclusively to PS Vita, introduces a number of scenarios, units and world leaders coming from Japan’s history that you won’t find anywhere else.
In one particular scenario (“Journey to the West”), you’ll use TaiZong against Saladin (AI) to capture Byzantium.

The other scenarios, “Wrath of Emperor Kublai,” “Samurai Invasion of Korea,” “Z-flag Swirls,” and “Dark Clouds in the Pacific” all take place at different points in Japanese history.
And the same goes for the new Japanese leaders we introduce in this game: