If you are one of the 7 million users that use the Camera Awesome iPhone application or are looking for a more customisable camera application for your iPad.

You might be interested to learn that SmugMug the developers of Camera Awesome iPhone app have now released a dedicated iPad version of their camera app, allowing you to use the app on the larger iPads screen natively. 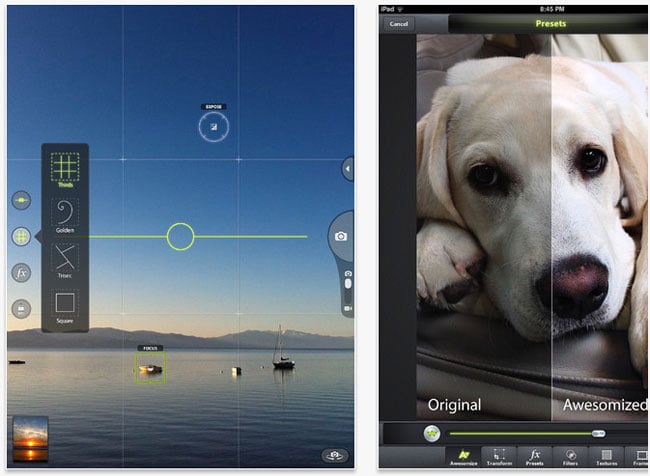 The camera Awesome iPad application is now available to download from the iTunes App Store for free, with plenty of extra features available via in-app purchases.