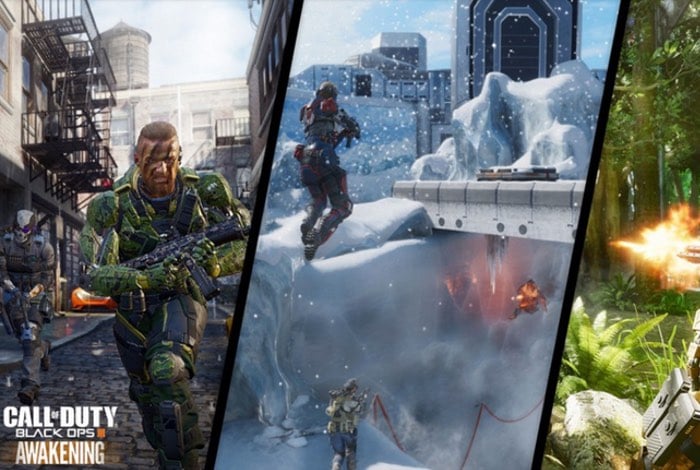 PlayStation gamers patiently waiting for the release of the first DLC package or Call of Duty Black Ops 3 will be pleased to know that it has now been made available to download directly from the PlayStation Store in the form of Call of Duty:Black Ops 3 Awakening DLC.

Sid Shuman Senior Manager, Social Media has taken to the official PlayStation blog to provide more details on the new DLC that brings with it 4 new multiplayer maps together with an all-new Zombies experience for those that enjoy a little undead action.

Shuman answers some of your questions about the new Call of Duty Black Ops 3 Awakening DLC below and explains more about the new zombie experience :

Black Ops 3’s Zombies DLC adventure begins with Der Eisendrache (“The Iron Dragon”). Set in a chilling medieval Austrian castle during World War II, Der Eisendrache picks up where The Giant left off and continues to follow the classic cast of characters: Richtofen, Nikolai, Takeo, and Dempsey. The ancient site on which the castle sits was the scene of unspeakable horror where massive deposits of Element 115 have recently been discovered.

How do I access the Awakening DLC? :Awakening will be available for download on PlayStation Store starting February 2nd, 2016 for $14.99. You can also choose to purchase the Black Ops 3 Season Pass to gain access to all four DLC Map Packs planned for the year, including Awakening, as part of a discounted bundle offered at the suggested retail price of $49.99.

What can you share about the new competitive multiplayer maps? The four new maps featured in Awakening inject new variety in the Black Ops 3 multiplayer experience that will challenge and delight players of all levels.

Splash : is set in an abandoned water park that includes dynamic environmental features such as waterslides, a wrecked pirate ship, and a lazy river. This map encourages an open flow of combat and allows for plenty of opportunities for underwater gameplay.

Rise : is set in the snowy outskirts of Zurich, smack-dab in the middle of a construction site for a massive subterranean Coalescence research campus. This larger map features multiple engagement areas, with each section catering to different play styles.

Skyjacked : soars high above urban Zurich in a re-imagined, modernized take on the popular Black Ops 2 multiplayer map Hijacked. Thanks to the new core movement system featured in Black Ops 3, this map gives players new ways to explore the environment while retaining the fast and frenetic gameplay that made Hijacked a fan favorite.