Genius has announced a new pico projector that goes into the company’s new Bella Vision line. The projector is the BV 180 and is a very small pocket size projector easy to take with you on the road. The projector has a native resolution of 800×600 and a 4:3 aspect ratio. The projector isn’t that bright with 35 lm of brightness. 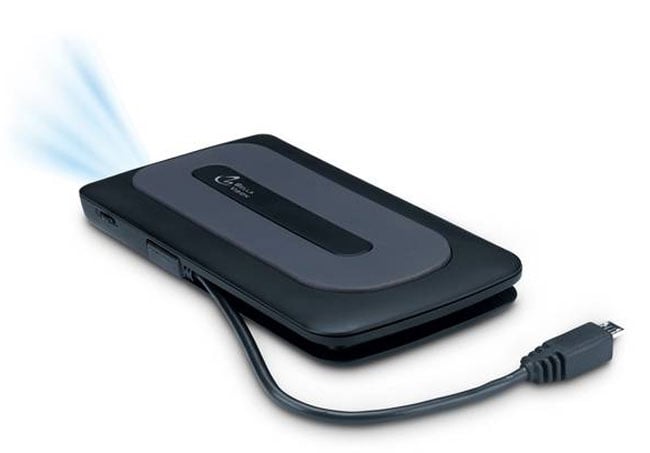 Like most pico projectors, the BV 180 isn’t bright enough to use in a lit room. For best performance you’ll need a relatively dark room to use this projector. Power comes from an 1850 mAh lithium polymer battery. The battery can also be used as backup power for your smartphone. The projector features an integrated HDMI output and a built-in MHL cable for plug-and-play connectivity.