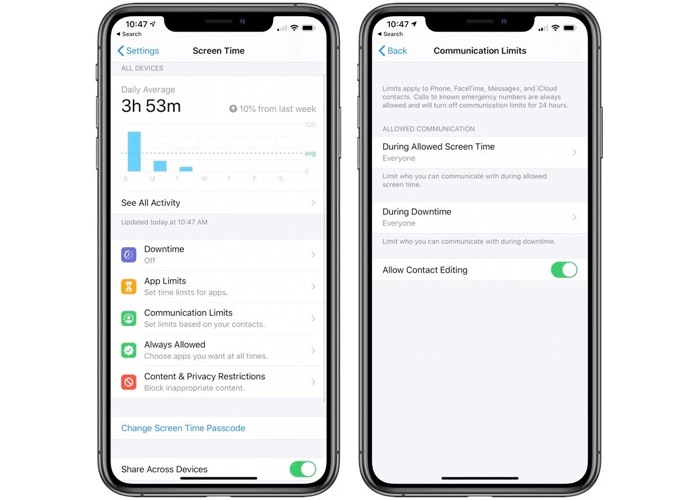 Apple’s new iOS 13.3 comes with a new feature that is designed to let parents control how much time their kids spend on communication apps, the feature is part of Scree Time and called Communication limits.

It would appear that there is a bug in the Communication Limits feature in the new iOS 13 that allows kids to communicate with anyone who texts them, this is not working as designed.

Apple is apparently aware of the issue and is working on a fix for it, which will be released ion a future software update.

This was discovered b y CNBC who have revealed that there is a way for kids to get around the communications limiti8ng feature in the new iOS 13.3 update. As soon as we get some details from Apple on when the fix is coming, we will let you guys know.