Buffalo has become the first manufacturer to launch a router using the next generation Wi-Fi standard 802.11ac. The new Wi-Fi standard is now available in the Buffalo AirStation WZR-D1800H wireless router and WLI-H4-D1300 wireless media bridge.

The latest 802.11ac router was first unveiled back in CES earlier this year, and provide a wireless connection speeds of up to 1.3Mbps via the 5Ghz band. Around 30 percent faster than the current standard, together with improved range. 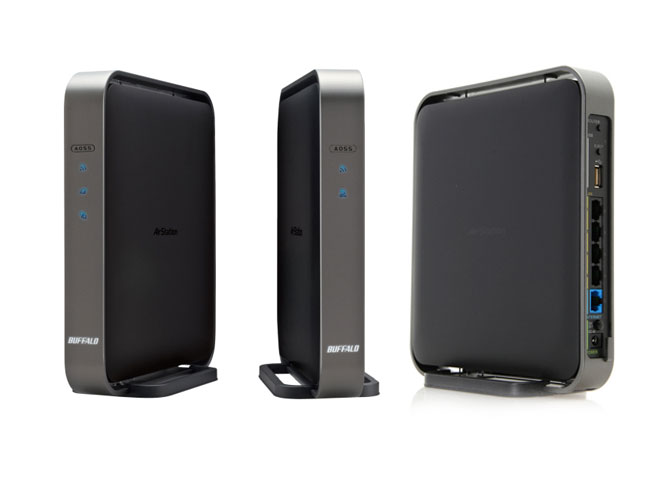 The latest router launched by Buffalo is a true dual-band and will support existing 802.11n/g/a/b. The router offers users 1300Mbps on the 5Ghz band and only when used with a 802.11ac client, such as the new media bridge.

Via the 2.4Ghz wireless band, the new Buffalo router offers the 3 by 3 setup of the regular wireless N standard that caps at 450Mbps. The Buffalo AirStation WZR-D1800H wireless router and WLI-H4-D1300 wireless media bridge, are now available to purchase in the U.S. for around $180 each.