Boxee has now finished the development of their new iPad application that has been designed to allow users to watch and transfer playback between their iPad and HTPC even midway through a movie or program. The new Boxee iPad application also includes Airplay allowing you to stream its contents to your iOS devices with ease. 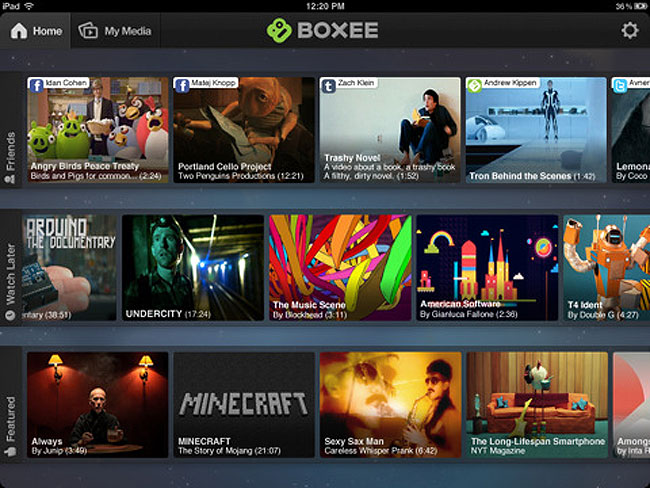 The new Boxee iPad brings videos from your computer, Facebook, Twitter or Tumblr connecting to your social sites and streaming them directly to your iPad. Its also allows you to remember favorite programmes that you might not be able to watch and will catalogue them for viewing at a later date.

The Boxee iPad application is now available to download from the iTunes app store for free.