Box has today announced new features for its OneCloud app which has now be integrated with iPad applications to enable users to be able to store import files within the cloud.

The Box OneCloud app, will showcase over 30 applications designed to work with the Box service, and Box will be rolling out integration with four “premier” apps including Quickoffice, Adobe Echosign, Nuance PaperPort Notes, and PDF Expert. 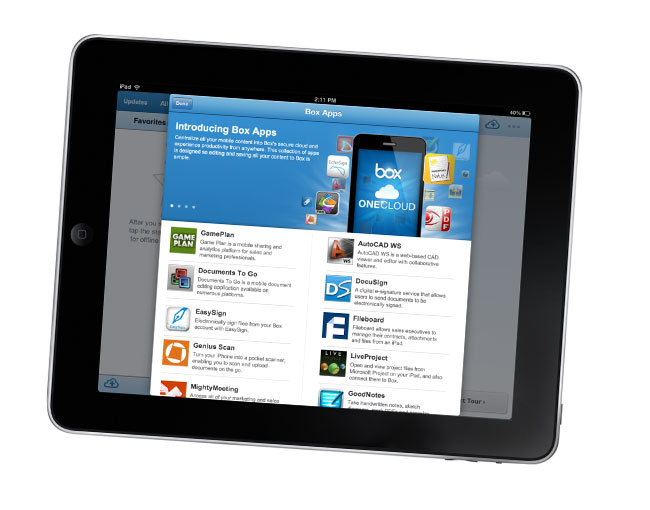 The Box OneCloud is now available to download on iOS today, with an Android app currently being developed for release in the near future. Box has included a button in its main application that once pressed will indicate to you what other applications on your ipad support Box.