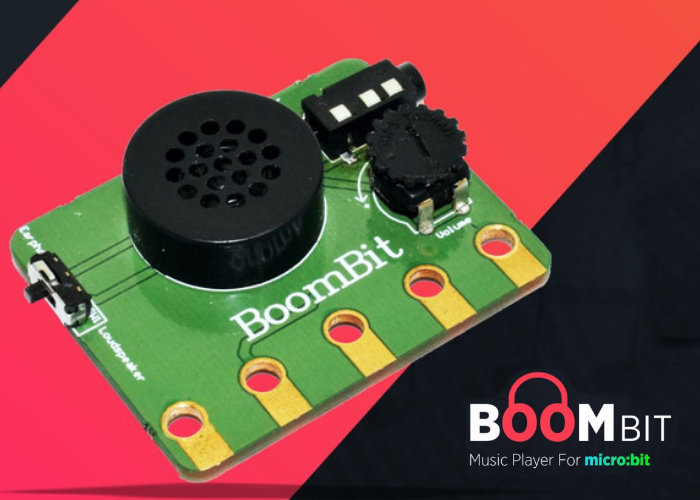 SB Components has created a new piece of hardware specifically designed for the awesome Micro:Bit mini PC that quickly transforms it into a music player capable of a wide variety of different functionality. The BoomBit Micro:Bit board is equipped with a small speaker, 3.5 mm audio jack and audio switch mode allowing you to use it with your own programs and projects.

The BoomBit is now available to back via Kickstarter with early bird pledges available from just £12. If all goes well worldwide shipping is expected to take place during April 2019. Watch the demonstration video below to learn more about the BoomBit Micro:Bit audio board and its features.

“Micro: Bit is a name that fascinates every kid and enthusiast to learn more about programming and computers than just being the consumers of media. We have been using micro:bit for a variety of projects that helps us understand this controller’s features and functions. We love to program with Micro:bit. But looks like there is something missing? Like a sound? But now, it comes with a twist! We introduce to you BoomBit, a speaker for your Micro:Bit.”

The developers of BoomBit have also created a case for their audio board which is available in five different colours Red, Green, Blue, White, and Black. For more information jump over to the official crowdfunding campaign page by following the link below.