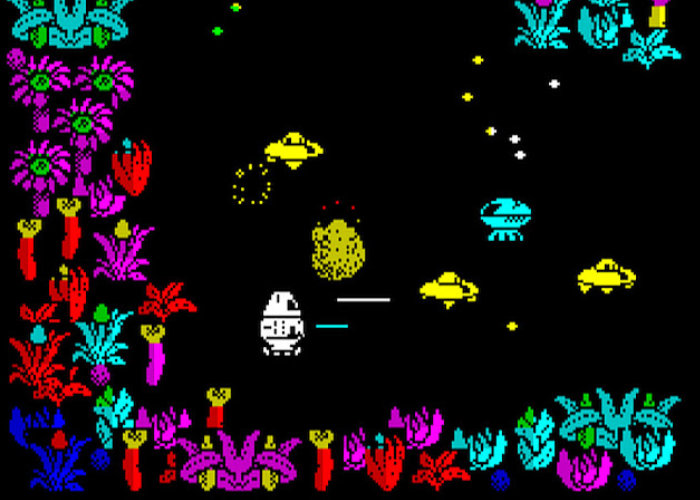 Way back in 1988 games developer Andy “Cosmium” Beale had created a new ZX Spectrum game ready for release, but unfortunately for Andy it’s publisher dropped the game at the last minute and the game was never officially launched. Now 30 years later Andy has finally released the Quadron ZX Spectrum game which was originally designed for the Sinclair 48K ZX Spectrum.

Check out the teaser below to learn more about the Quadron game inspired by such classics as Defender and Robotron: 2084. If you are interested in purchasing the ZX Spectrum game Quadron is now available via itch.io priced $4.99.

Originally designed and created for the now closed publisher Palace Software, Andy explains more about the cancellation of the game back in 1988. “They were really excited about it when I first showed them my work in progress at their London office. Then towards the end of development the producer came round and told me there wasn’t such demand for this type of game anymore. I was hit pretty hard by that.”

Eurogamer explains a little more about Beale path through the gaming industry over the past 30 years “In 1997, Beale moved to sunnier climes in California to work at a startup. When his project was cancelled he moved to Universal Studios’ video game division to work on games for the PlayStation. Eventually, Beale found himself at Namco’s United States development house, working on the original Xbox, PS2 and GameCube versions of 2002 action game Dead to Rights. After that, burnt out by crunch and with a family to consider, Beale left the video game industry. He only returned in the last few months to work on Quadron after Retro Gamer magazine got in touch about a profile piece that ran earlier in 2018.”