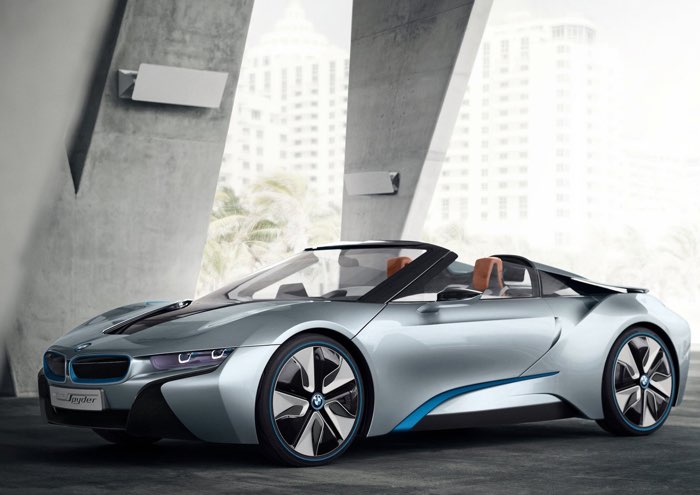 The BMW i8 Roadster was confirmed back in March of this year, the car had previously been unveiled in January as the BMW i8 Spyder concept.

Now BMW have confirmed that the new BMW i8 Roadster will launch in 2018, the news was confirmed to Autocar by the company’s CEO Harald Krueger at the Paris Motor Show.

The convertible version of the BMW i8 Roadster will apparently be unveiled at the end of next year, this is when BMW will show off the facelift version of the i8 Coupe.

The car is expected to come with an upgraded petrol and electric power train with more power than the current i8, as soon as we get some more details about the car, we will let you guys know.