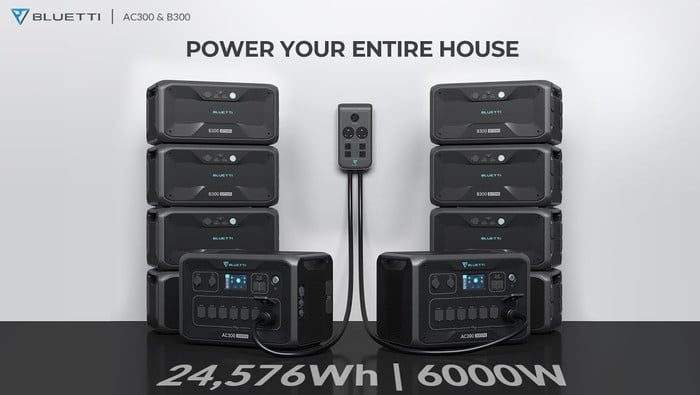 Following on from their original successful crowdfunding campaign for the BLUETTI EP500 Pro portable power supply the engineers and designers at BLUETTI unveiled their latest creation a few months back during July 2021. Unveiling the new modular solar power station in the form of the BLUETTI AC300 and accompanying LFP battery packs in the form of the B300 each offering a battery capacity of 3,072 Wh.

If like us you have been patiently waiting for availability you will be pleased to know that BLUETTI has this week announced they are now accepting orders for the BLUETTI AC300 and B300. The BLUETTI AC300 is a modular portable power station that can be expanded by attaching up to four B300 battery modules per unit adding a total maximum power capacity of 12,288Wh. The versatile, portable, heavy duty power solution can be used for a wide variety of different applications. Using the unique Fusion Box accessories sold separately if needed can add even more power to your system. By connecting two BLUETTI AC300 power stations together each with four additional B300 battery models for a massive 24.6kWh, 6,000W of usable power. Allowing you to power even the most power hungry devices for extended periods of time. 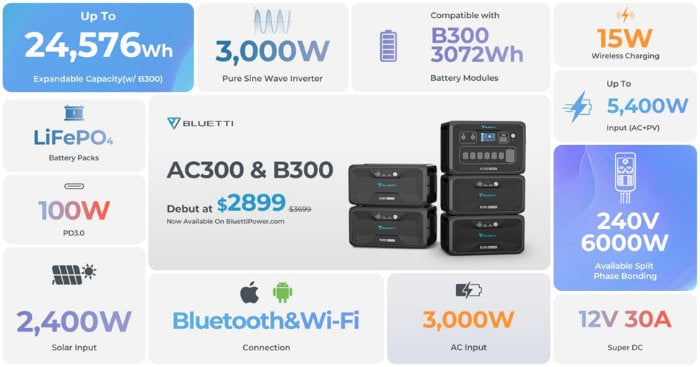 The new BLUETTI AC300 power station and B300 battery packs are now available to purchase directly from the bluettipower.com website and orders placed will be delivered in approximately 3~5 weeks from purchase date. 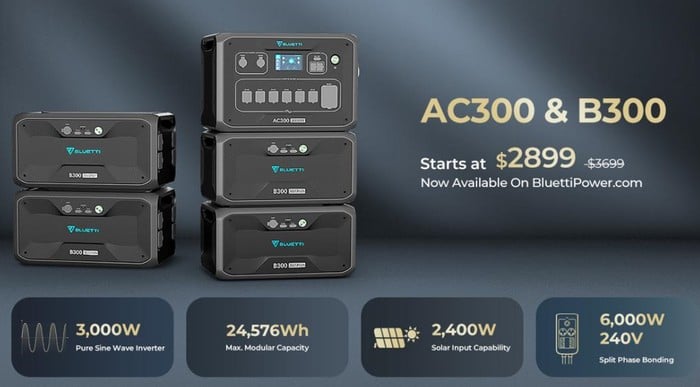 BLUETTI also offers a selection of AC300 solar power bundles which allow you to save up to $1,000 allowing you to power your system indefinitely using the suns rays to recharge your power station and battery packs. This environmentally friendly system offers a quiet and clean zero emission alternative to the noisy gas generators of old. Below is a quick comparison between solar power stations vs gas generators and why in this day and age you should be moving to solar powered solutions for your power requirements. BLUETTI has also designed a handy companion application which allows you to control your power station directly from your Apple or Android phone or tablet. 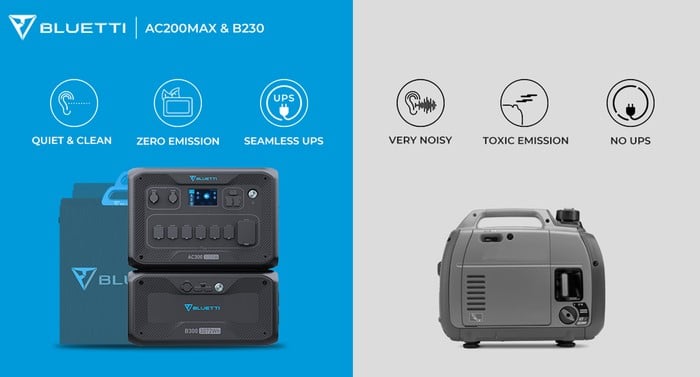 When recharging your battery packs and power station using solar power you are mitigating any fuel costs that can easily add up if you are continually using your power to help run larger appliances throughout your home. Instead of using dirty fossil fuels with deadly toxic carbon monoxide emissions, solar panels offer a much more environmentally friendly way to charge your battery packs as well as saving you hundreds of dollars. Unlike most conventional fuel or gas generators, solar generators have absolutely no moving parts making them much more reliable over the long-term when compared to gas generators which may require annual servicing and unforeseen maintenance.

Other sometime overlooked features of solar charging power stations when compared to petrol generators are the weight and portability ratios. Some heavy duty gas powered generators capable of providing similar power output can weigh up to 250 lbs and consists of a single huge generator rather than smaller modules that can be easily adapted for your power needs depending on your situation. Simply select the power station and the number of battery packs required to power your required appliances and easily move them directly to the best location. The AC300 weighs just 44lbs and each external battery pack capable of providing 3,072Wh of power weigh just 74lbs in comparison. Making for a much more mobile and versatile power system when compared to single heavy, noisy and polluting gas generators. 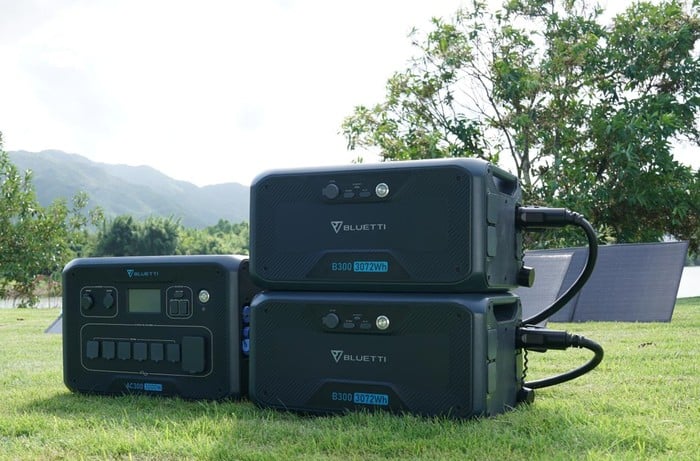 Features of the BLUETTI AC300

• BLUETTI AC300 is 100% modular and can accept up to four B300 battery modules per unit, adding up to a total of 12,288Wh – Good luck running out of power.
• Being modular means people can transport vast amounts of power with ease. All together the machine weighs too much to transport, but individually, each part is highly portable.
• AC300 uses top of the range LFP cells which have 3500+ life cycles leading up to 80% of the original capacity. (In other words, putting the device through one cycle a day, means 10 years of service life.)
• Capable of receiving 2,400 watts of unrivalled MPPT solar charging input, it’s time to go full-time solar!
• Packed with a 3000 watt pure sine wave inverter able to adjust the AC charging rate (no need for a power brick, one charging cable will do just fine)
• While connected to two B300 battery modules, the AC300 can be charged with both solar and AC simultaneously, adding up to 5400 watts of power input.
• Allows the connection of the new BLUETTI Fusion Box Pro, connecting of which doubles the voltage, power, and capacity up to 6000W, 240V, 24,576Wh.
• All of this technology can be controlled by a complex, yet easy to use smartphone app via Wi-Fi and Bluetooth.

To create your perfect modular power solution to power your home, business or outdoor adventures jump over to the official BLUETTI website where the BLUETTI AC300 power station and B300 battery modules are now available to purchase.

BLUETTI AC200MAX back in stock 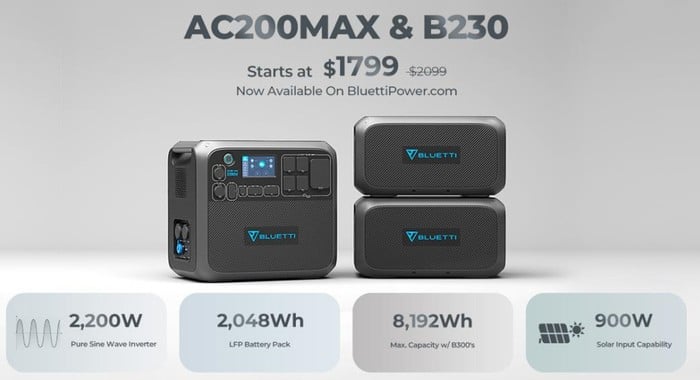 For a limited time BLUETTI is also offering a discount coupon for the AC200 MAX power station enabling you to save up to $300 bringing the price down to $1,799 with additional savings available if you are purchasing bundles directly from the official website at bluettipower.com