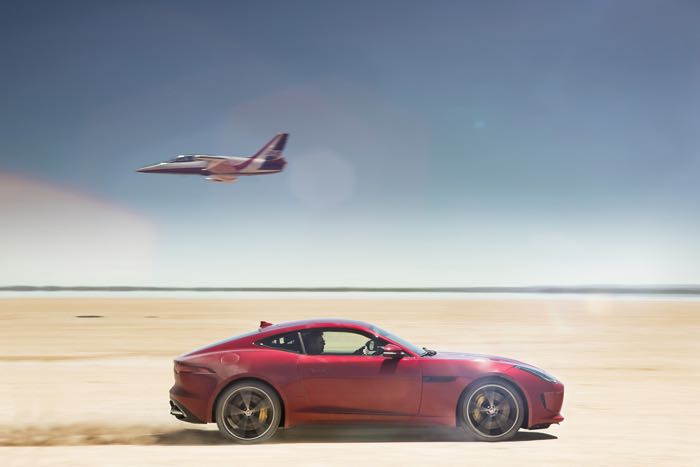 The team behind the Bloodhound which is attempting to break the world land speed record of 1000 MPH have been testing out the cars comms in the desert.

The Bloodhound is still in development, so the team decided to use an L39 Jet and a Jaguar F-Type R Coupe to test out the communications system that will be used in the Bloodhound, have a look at the video below.

Beaming data at over 1,000mph (1600km/h) will push available communications technology to the limit. To meet the challenge, MTN and Poynting Antennas have created a bespoke 4G LTE (Long-Term Evolution) network for the Project, based on known and trusted mobile telephone technology. The 800MHz signal is highly focused, rather than broadcast, to ensure the network has ‘link budget’ capable of streaming 4 Megabytes per second of data live from the car as it covers a mile in 3.6 seconds (a kilometre in 2.25 seconds).

During the test, the signal was captured by BLOODHOUND engineers on the track. Later this year and 2016, it will travel to the team’s Mission Control Centre and then be relayed to the nearest town, Upington, 80 miles (130 kilometers) away, to be fed into the internet, ready to be viewed by schools, colleges and other audiences worldwide.

You can find out more details about how the Bloodhound is progressing over at their website at the link below.