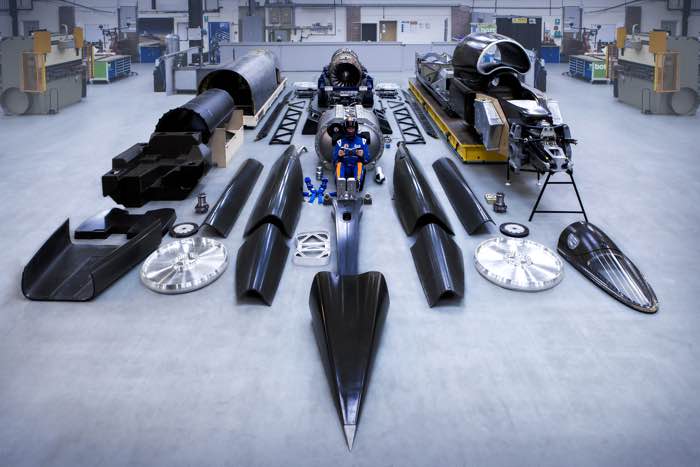 We have been hearing quite a bit about the Bloodhound supersonic car which is going for the world record of 1000 mph, and now the team behind the car have revealed some more information about it.

It turns out that the Bloodhound supersonic car was delivered to the team in a kit of 3,500 components, and now they have to put them all together, before the record attempt.

BLOODHOUND may be the world’s fastest racing car but going fast is not its main role; as the focal point of The BLOODHOUND Project, it is to inspire the next generation of scientists and engineers by showcasing these subjects in the most exciting way possible. Over 5,700 UK primary and secondary schools, and thousands more around the world, use BLOODHOUND materials in class in science clubs.  Our aim is for every school child in the UK to enjoy at least one BLOODHOUND lesson or experience by the time the car reaches its ultimate Land Speed Record goal of 1000mph (1,600km/h) in 2016.

You can find out more details about the bloodhound supersonic car over at their website, the car is hoping to break the world land speed record later in the year.