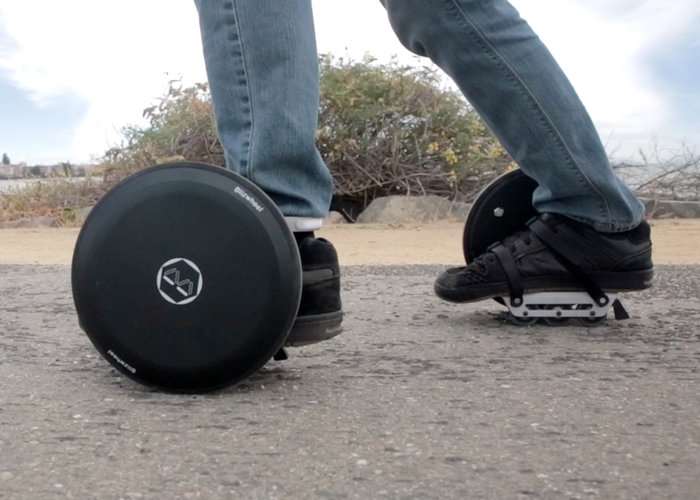 San Francisco-based Blizwheel, has unveiled a futuristic pair of electric skates that allow you to travel not only in style, but also with ultraportable convenience. Watch the video below to learn more about this unique electric skate.

The Blizwheel ESkates are hoping to raise $26,000 via their Kickstarter campaign which is almost halfway there thanks to early backers who have pledged $369 to be one of the first to get their hands on the new electric skates in March 2018.

With a design similar to that of the skater from Big Hero 6 GoGo, the electric skates allow you to move from one location to another in a new way, offering a unique ride. Blizwhee developers explain more :

This isn’t the same tech repackaged into a new box. If we did that, we’d have no way to reach our lofty goals of reinventing transportation the way we did, and certainly not in such a minimal package. We’re a group of skaters and engineers with a mission: to combine all the best parts of the different e-vehicles and revolutionize the industry with an intuitive, accessible and truly portable way to get around. And we’re really proud to finally introduce Blizwheel.

As we ourselves are skaters, we appreciate how much fun it is to roll around on rollerblades. We take the ability to use advanced techniques very seriously, and developed with those capabilities in mind. Wearing it, you can master the advanced techniques of one foot, scissor kick, S-lines, right angle turns and more.

Setting up is simple. Just take it out of the bag, unfold it and put it on. Connect the buckles, adjust the binding straps and turn it on. That’s it, you’re ready to roll! Folds and unfolds intuitively and easily. Just turn the foot bar, unfold the heel bar, and put it on. To stow away, just do the opposite and put it in its thin case.

Follow the link below to Kickstarter for more information and a full list of all available pledges.