The team over at TechInsights have been busy with their screwdrivers this week revealing the inner workings of the new BlackBerry Z10 smartphone for all to see.

The Blackberry Z10 is the first Blackberry handset to feature a dual-core processor, which is supported by 2GB of RAM. Other features of the new Z10 include a 8 megapixel auto-focus camera with backside illumination on the rear and a 2 megapixel camera on the front 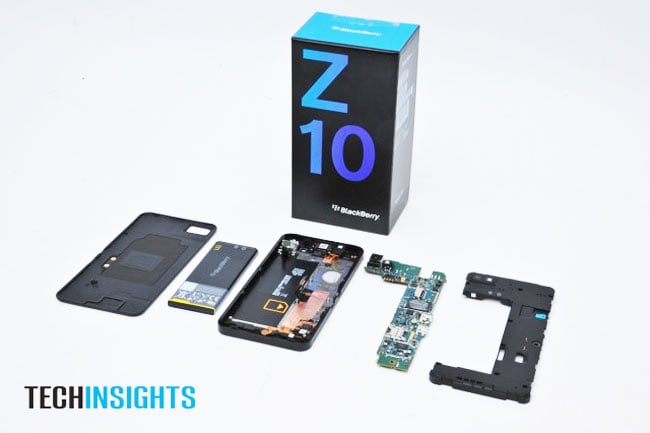 “When we took apart the Blackberry Z10, the one thing that immediately stood out to us, once the main board was separated from the handset casing and the shielding covering the components was removed, was the number of “familiar” components we saw. By “familiar”, we mean the number of components that we’ve seen in numerous handsets released over the course of 2012. We’ll provide further detail as we discuss these design wins, but what is of great interest to us was the number of devices that we discovered that were also used in many of Samsung’s Galaxy line of products.”

For more information on the new BlackBerry Z10 teardown jump over to the Tech Insights website for details.