The BlackBerry Q10 is due to go on sale in the UK shortly, and now BlackBerry has announced on Twitter that the handset will go on sale exclusively this Friday at Selfridges.

Selfridges will be offering the SIM free version of the BlackBerry Q10, and the handset will retail for £579.99 and will be availabe on Friday, Saturday and Sunday. 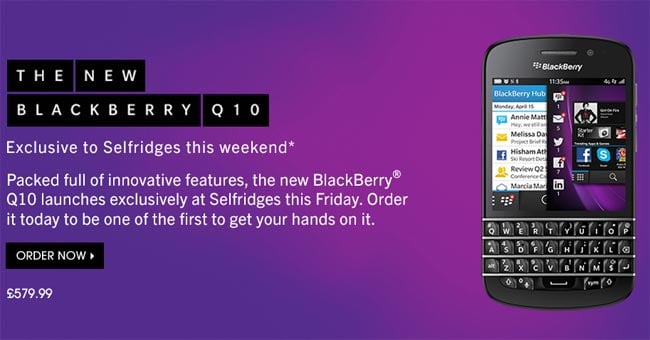