BlackBerry has announced that the BlackBerry 10 Facebook app has now been updated, and the new version of the app comes with a range of new features as well as a new design, you can see a list of the new features below. 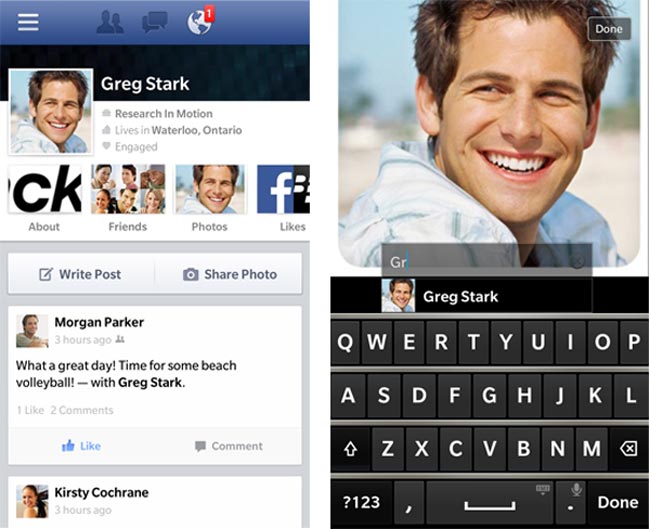 Create an album: You can now create a new albums from your photos page, so organizing all those great shots you capture on your BlackBerry 10 device is easy.

Upload to a specific album: now you can add a new photo to an existing album on your Facebook page, or to that new album you just created.

Enable tagging in existing photos: Want to tag a photo that already exists on Facebook from you BlackBerry 10 device? Now you can with this feature that’s new to the app.

New ways to toggle and easily view photos: Easily toggle between all your photos and Albums. All photos comprises of all the photos with you in them. Album photos are photos you have uploaded yourself.

Newsfeed design refresh: The newsfeed has been refined with a few visual tweaks that make navigating the Facebook app for BlackBerry 10 that much more enjoyable.

You can find out more information about the latest version of the Facebook App for BlackBerry 10 over at the BlackBerry Blog.