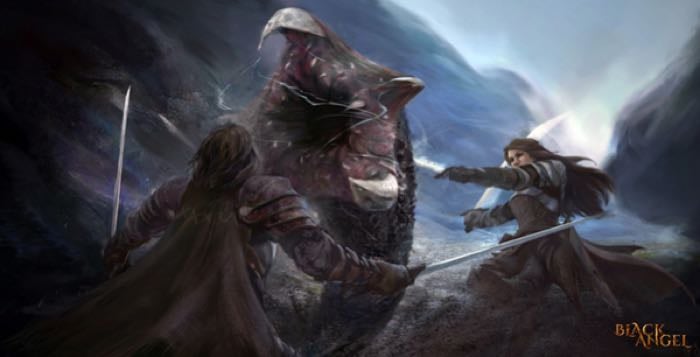 When Star Wars The Empire Strikes Back launched in movie theaters 35 years ago a short film called Black Angel was shown before the Star Wars movie.

The Black Angel short film was originally written by Roger Christian, who was a production designer on the original Star Wars movies.

Building on its powerful 35 year legacy and mythology, Black Angel: The Feature Film will be shot in an earthy and authentic style combining high adventure with high drama hot on the heels of fantasy icons, Lord of the Rings and The Hunger Games. Already attached1 as part of an A-list cast is Lord of the Rings’ star John Rhys-Davies (Raiders of the Lost Ark, The Lord of the Rings: The Fellowship of the Ring and The Return of the King) and Dutch actor Rutger Hauer (Blade Runner, Batman Begins, Sin City). Production is slated for September 2015, with filming locations to include Hungary, Belgium, Morocco and Scotland. The film will be directed and written by Academy Award and Oscar winner, Roger Christian (Nostradamus, Underworld, Masterminds) who also penned and directed the original short, Black Angel.

The creators of the new Black Angel movie are trying to raise $100,000 to put the film into production and you can find out more details at the link below.