There is, however, a generous amount of unidentified person sailing through the air. And smoke. Lots of smoke. Apparently that whole mysterious teaser image thing worked so well for Bioware when they announced Mass Effect at the VGAs last year that they are reprising the same strategy to draw attention to their newest endeavour. 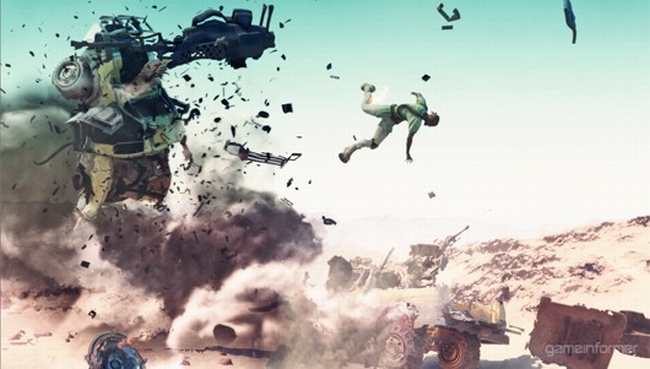 An endeavour which seems not so much a departure from the usual Bioware style of game as teleportation. Heroes have been blown up and buggies have been driven across sandy wastes in Bioware games before and just in case you find yourself questioning the studio’s action bonafides, be ye reminded, gentle reader, that the first ever Bioware game was a mech simulator. At first glance it looks kind of like they’re planning to bring their RPG touch to the Uncharted crowd as they did with Mass Effect to the Gears of War formula. And we’re willing to bet there is not one single part of that purely hypothetical outcome anyone would have a problem with.