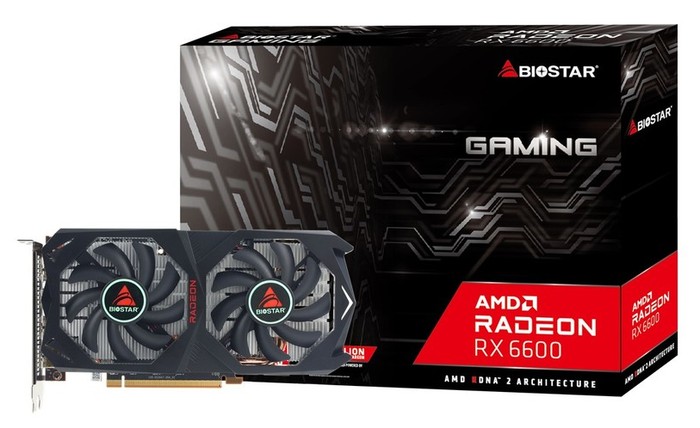 Following on from the launch of its Radeon RX 6600 XT graphics card, BIOSTAR has this week announced the introduction of the new Radeon RX 6600 graphics card. Offering gamers 8GB of GDDR6 memory on a 128-bit bus supported by a 32 MB of high-performance AMD Infinity Cache and support for high-bandwidth PCI Express 4.0 technology. Unfortunately, no information on pricing or worldwide availability has been released as yet by BIOSTAR, but as soon as information comes to light, we will keep you updated as always. 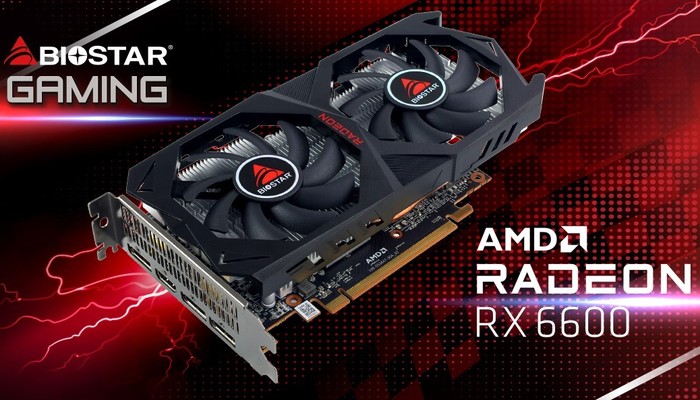 “The BIOSTAR AMD Radeon RX 6600 graphics card offers 28 compute units with a Game Clock frequency of 2,044 MHz and a Boost Clock frequency of up to 2,491 MHz, enabling incredible 1080p gaming experiences without breaking a sweat. In addition, support for DisplayPort 1.4 with DSC and HDMI 2.1 VRR enables crisp, vivid video output.”