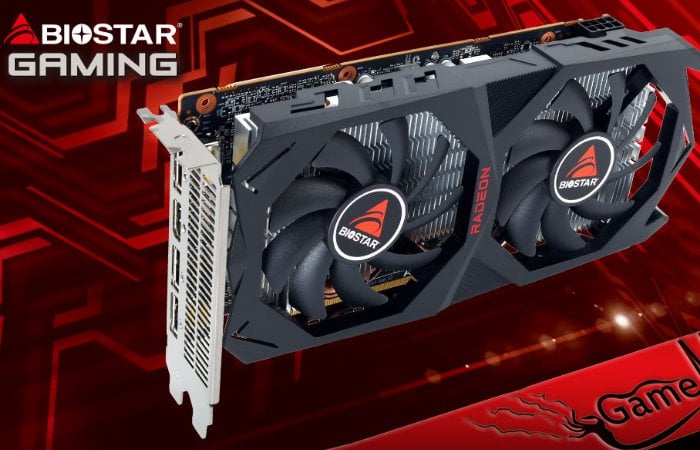 The Biostar AMD Radeon RX 6600 XT graphics card is also equipped with 3 x display 1.4 ports with DSC technology and a single HDMI port with HDMI 2.1 VRR and FRL technology. Unfortunately, no information on pricing or worldwide availability has been released as yet by Biostar, but as soon as details comes to light, we will keep you updated as always.

“Sleek and refined, the new BIOSTAR AMD Radeon RX 6600 XT graphics card is built with a mix of diecast aluminium and other industrial-grade material with black and silver accents that showcase a prominent look in any PC chassis. Meanwhile, the card is engineered to keep cool during extensive use, further enhanced by the all-new custom-designed axial fans that significantly increase the card’s cooling efficiency.”