Extreme watch makers Bell & Ross have unveiled a new watch for their 2011 range called the BR 01-92 Radar watch. Which sports a very unique red face together with some other innovative features, which has dubbed it the “Red Radar”.

The limited edition red faced radar watch has been inspired by aircraft cockpits and radar has been designed to resemble radar screens, in air traffic control towers, submarines and other military vehicles. Watch the video after the jump to see the Red Radar watch is more detail. 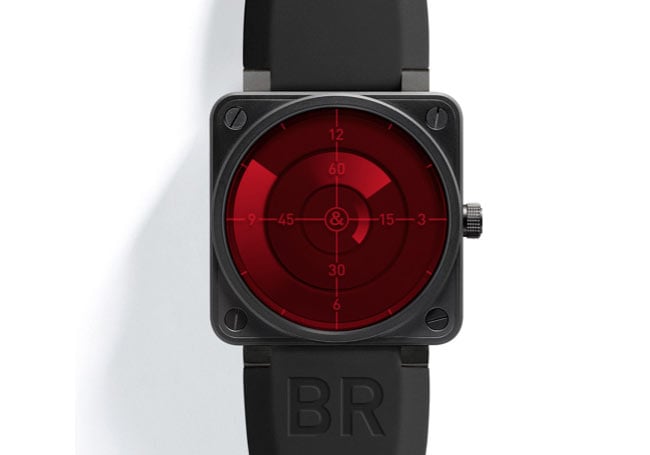 The Bell & Ross Red Radar watch uses a disc system mounted to a traditional ETA movement to create a completely unique watch appearance and is available to purchase for $5500 with a limited run of 999 pieces.