As expected Beats Music has today launched its online subscription service today to take on the likes of Pandora, Spotify, Rdio and Apple’s own iTunes Radio. As well as the Beats Music online service launching, Beats has also launched a new iOS application.

The Beats Music application is a free download available from the App Store and the Beats Music service costs $9.99 a month. Although Beats Music does offer a free 7-day trial period for first-time users if you are interested. 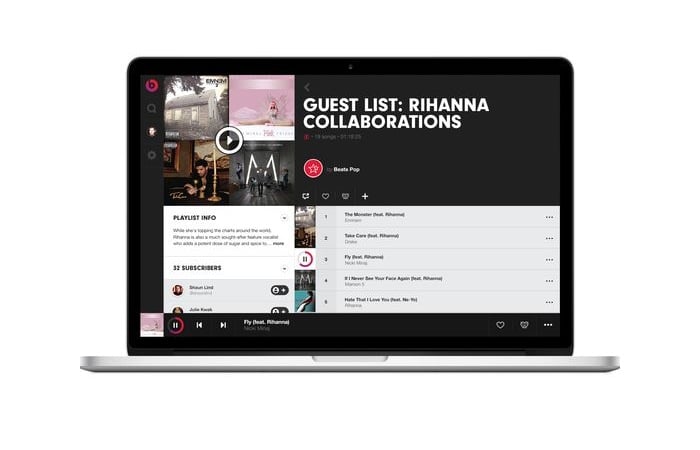 Now that Beats Music has  launched the older MOG Music service is no set to close its doors on April 15th. With Beats looking to migrate MOG users to the Beats Music service over the coming months, explaining:

“The MOG service will remain live until April 15, after which it will be shut down, and MOG will stop accepting shortly after Beats Music goes live. Monthly billing will cease on March 15, and all yearly subscriptions will be refunded on a prorated basis,” writes the company. “Our goal is to convert as many MOG subscribers to Beats Music as possible. As part of that effort, all existing MOG subscribers will be offered a one-month free trial of Beats Music, which will be made available starting March 15.”

Unfortunately though at the current time it doesn’t seem possible for MOG users to be able to transfer their playlists from the older MOG service to the new Beat Music online subscription service. Beats explains:

“We found that most MOG subscribers only kept a few playlists, so we focused our energies on making Beats Music as good as it could be. It’s worth noting that while Beats Music incorporated many elements of MOG, it was not built directly on top of MOG, so switching playlists and libraries from MOG to Beats is just as difficult as it would be to transfer the same from MOG to any other music service.”

For more information on the new Beat Music service and MOG shutdown jump over to the Beats website for details.