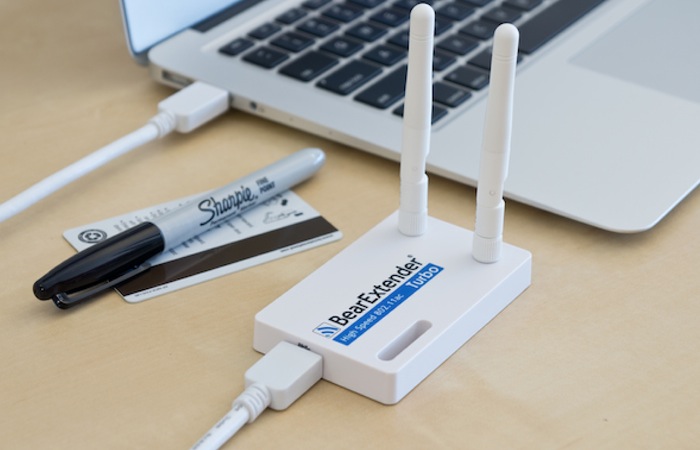 “For maximum connection speeds, BearExtender Turbo must be used with an 802.11ac router and a USB 3.0 port. It is backward compatible with 802.11b/g/n standards. Internet download and streaming speeds will be limited by your Internet Service Provider (ISP) plan and service tier.

For example, if your 802.11n Mac already gets the full speed provided by your ISP, BearExtender cannot increase the speed of your ISP. We recommend the 2013 AirPort Extreme or the 2013 Time Capsule, both which are 802.11ac capable. BearExtender Turbo is compatible with any 802.11ac router or network and will also connect to all Wi-Fi networks including 802.11b, 802.11g, and 802.11n.”

For more information on the new BearExtender Turbo for Mac jump over to the BearExtender website for details. 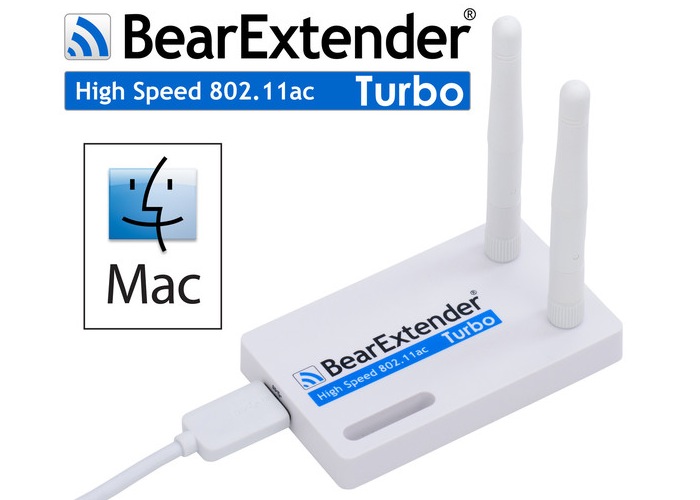