Apple has today rolled out a new update for its AirPort Express, AirPort Extreme, and AirPort Time Capsule that fixes a number of issues that users might have been experiencing since the last update.

The new Apple Airport Base Station firmware update 7.6.4 addresses issues that were causing intermittent loss in Wi-Fi connectivity with iOS devices as well as an issue that may cause an IPv6 Tunnel error. 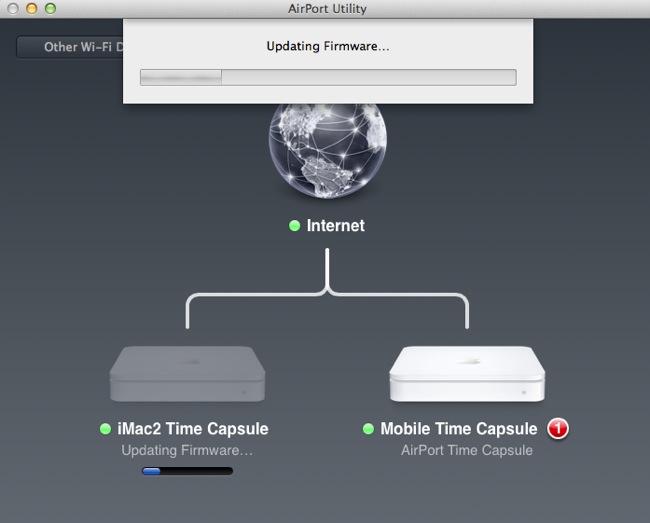 Together with the issue that may cause AirPort Time Capsule to report that the backup disk is in use when trying to backup devices to it.

“Apple provides AirPort base station firmware updates periodically to improve performance and functionality. You should install the latest version of firmware for the best experience.”

To update your Apple Airport Base Station firmware via OS X open the AirPort Utility and click on the red circle notifying you an update is available. For more instructions and how to update using your iOS device, jump over to the Apple support website.