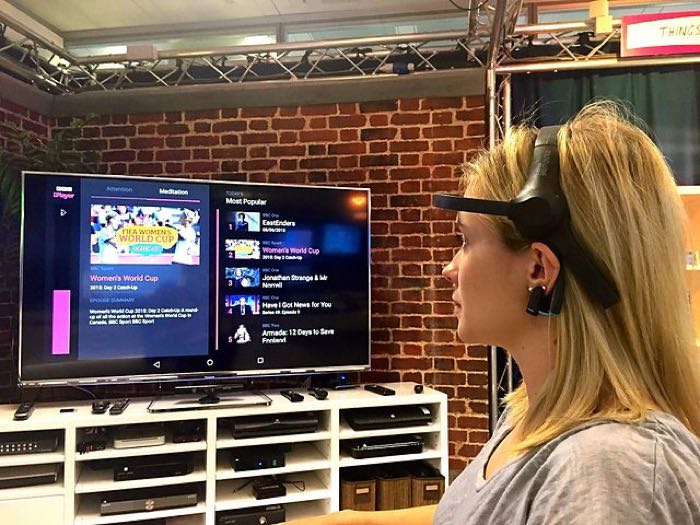 Ten members of BBC staff were used to test out the system and were able to launch the BBC iPlayer app and start watching programs using their minds.

The BBC used an EEG brainwave reading headset for their experiment, the users of the system are shown a list of programs every 10 seconds, the user then uses their mind to select the program they want.

Our Research and Development team has carried out research into accessibility and new user interfaces, looking at how we might be able to help users with a broad range of disabilities who cannot easily use traditional TV remote controls or other conventional interfaces. Work has ranged from encouraging the development of industry standards that make the creation of more accessible user interfaces more likely, to work on specific prototype projects such as single button interfaces and head-mouse controllers.