The BBC has this week launched a new standalone BBC weather app for iOS and Android devices, which has been designed to be powered by Met Office data.

The new standalone BBC Weather app joins the growing list of app created by the BBC including : BBC News, BBC Sport and of course their awesome iPlayers for TV and radio. 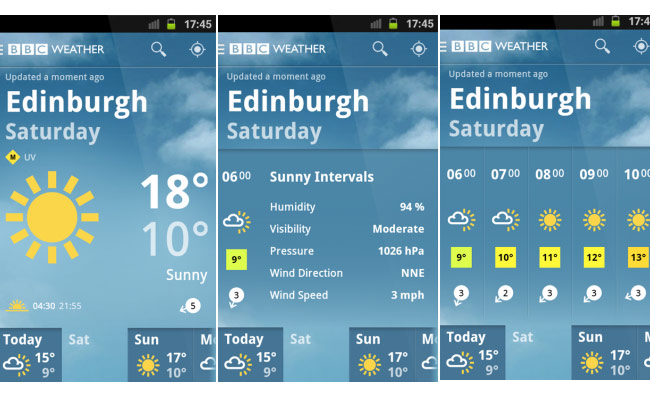 For location within the UK the BBC Weather app allows you to view forecasts by the hour for the next 48 hours, with towns and cities outside of the UK offering 3-hourly intervals forecasting.

The TNW reports that earlier this year the “BBC reported a record week for its online Weather product, with 20 million unique browsers over a seven day period.”

“We know that our audiences really want that at-a-glance forecast when they’re out and about, with the option of digging for further detail when they need or want to,”-“That’s exactly what we’ve delivered, squeezing in all of our trusted data into an BBC Weather app that’s simple to use and looks fantastic.”