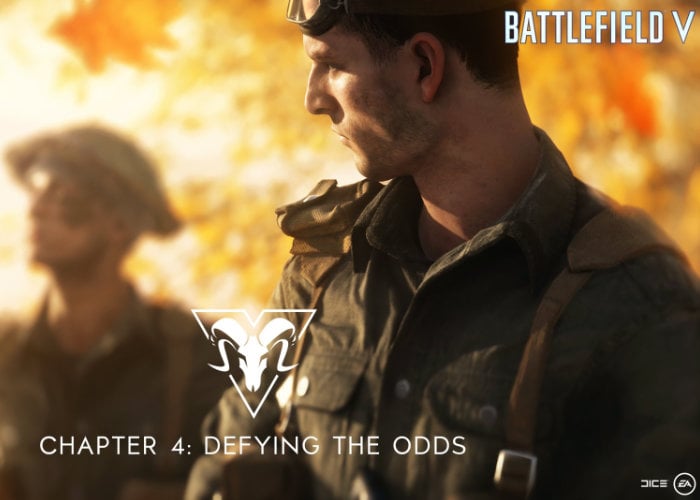 Ahead of E3 2019 EA DICE has released a new trailer for the upcoming fourth chapter in the ongoing expansions providing new battlefields which will be available to enjoy at the end of this month from June 27th, 2019 onwards. Chapter 4: Defying the Odds will evolve Battlefield V with new maps rolling out throughout the summer.

“Continue the Battle of Greece on the narrow streets of Marita and face all-out war on the vast Al Sundan map. Get up-close and personal in Provence and Lofoten. Further down the road, enjoy the meat grinder of Operation Underground and the awakening of a giant in Chapter 5.”

Also in just over two days time on June 8th at 18:30 hours GMT EA will be showcasing the game during their E3 2019 Live gameplay stream.

“Enter mankind’s greatest conflict with Battlefield™ V as the series goes back to its roots with a never-before-seen portrayal of World War 2. Lead your squad to victory in all-new multiplayer experiences like the multi-map Grand Operations. Fight across the globe in the single-player War Stories campaign. Assemble your Company of customized soldiers, weapons, and vehicles – then take them on an expanding journey through Tides of War. This is the most intense, immersive, and innovative Battlefield yet. You will never be the same. See more Battlefield V news during the EA Play livestream on June 8th”