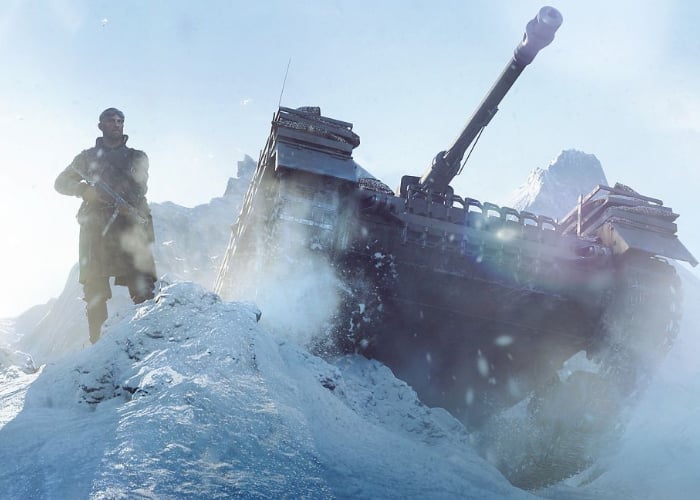 Battlefield V players patiently waiting for the previously unveiled update to roll out which adds NVIDIA DLSS and more enhancements and performance optimisations for the DXR Ray Tracing on PC systems. Will be pleased to know that it will be arriving tomorrow. “This update includes further optimisations to DXR ray tracing performance and introduces NVIDIA DLSS to Battlefield V, which uses deep learning to improve game performance while maintaining visual quality.” Check out the demonstration video below to learn more about what you can expect from the new technology and enhancements to theBattlefield V game.

“EA, DICE and NVIDIA partnered to deliver the world’s first game with real-time ray tracing, which added genuine, dynamic real-time reflections throughout the blockbuster game, adding an extra level of realism, immersion and detail to DICE’s stunningly-rendered depiction of World War 2. And now, we’re announcing that Battlefield V will also be adopting DLSS.”

When RTX is enabled within the in Battlefield V, players will get the best of both worlds say its developers, in the form of beautiful real-time ray tracing and smooth frame rates with DLSS. “With the realistic visuals of ray traced reflections and the higher resolution DLSS brings, RTX On is the way to play Battlefield V” – Eneko Bilbao, Head of Technology, EA Studios Europe

For details on tomorrows Battlefield V update jump over to read the full patch notes available on the official battlefield website via the link below.