EA and Dice have revealed a new trailer for Battlefield 3, and EA have announced that Battlefield 3 will be available for the PlayStation 3, Xbox 360 and the PC in the fall.

Battlefield 3 will feature both single player and multiplayer modes, have a look at the official trailer in the video below. 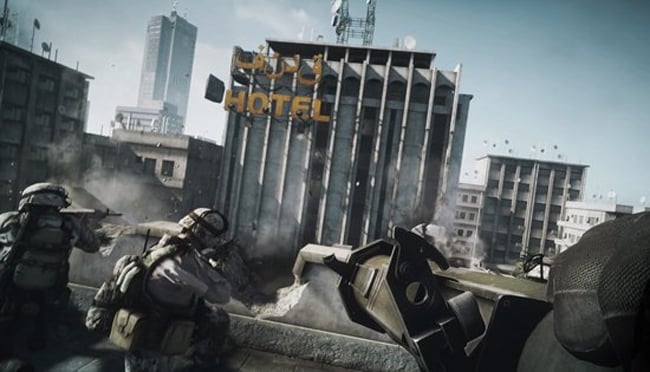 Battlefield 3 leaps ahead of its time with the power of Frostbite™ 2, the next instalment of DICE’s cutting-edge game engine. This state-of-the-art technology is the foundation on which Battlefield 3 is built, delivering enhanced visual quality, a grand sense of scale, massive destruction, dynamic audio and incredibly lifelike character animations.

You can find more details about Battlefield 3 over at Electronic Arts.