Cisco and iRobot have this week unveiled a new telepresence robot they have created in the form of the new AVA 500, which has been built on the AVA platform, which was first announced way back in 2011.

Using the AVA platform iRobot and Cisco have now created a semi-autonomous telepresence robot for businesses, packed with Cisco’s TelePresence videoconferencing software. Watch the video after the jump to see it in action. 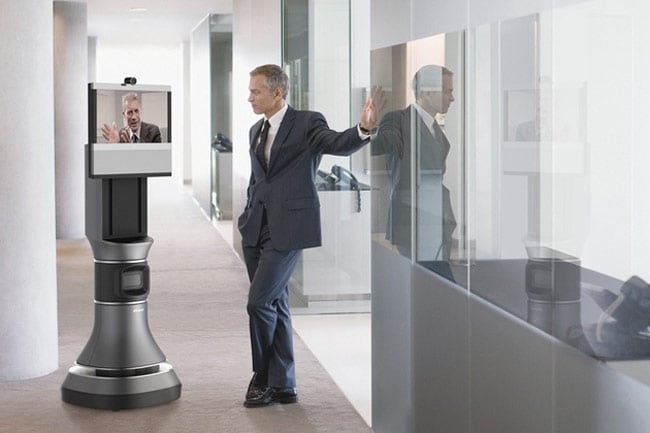 iRobot hopes to ship their new AVA 500 telepresence robot some time next year, and the development of the new robot has just entered its beta development stage.

Unfortunately no information on pricing has been released as yet for the AVA 500, but expect it to be high, but the AVA 500 will also be available to lease for around $2,000 — $2,500. As soon as information comes to light we will keep you updated as always.