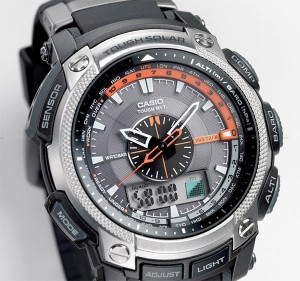 If you spend most of your time outdoors doing outdoor pursuits then this new Solar powered watch from Casio will help you not just tell the time but the weather and a multitude of other outdoor necessities like your altitude and direction. The Casio Solar PRW-5000 Protek is equipped with everything you could need: temperature sensor, altimeter, barometer, compass and of … END_OF_DOCUMENT_TOKEN_TO_BE_REPLACED 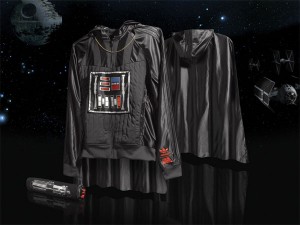 If you fancy joining the dark side of the track team, Adidas have added the Star Wars Darth Vader Superstar Track Top to their arrange. This limited edition design inspired by Star Wars features a detachable cape, breastplate and hood. On the back of the jacket there is a faint image of Darth Vader's face. … END_OF_DOCUMENT_TOKEN_TO_BE_REPLACED 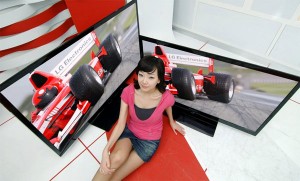 LG the world's second largest TV manufacturer has just launched a range of new plasma display projection (PDP) televisions in Korea the X Canvas 60” 60PK550 and 50” 50PK550, 2 PDP TVs with a 600Mhz panel with a 25mm thin edge around the screens. The images on the displays are significantly brighter than twice as clear as that on the older versions say LG Electronics. … END_OF_DOCUMENT_TOKEN_TO_BE_REPLACED 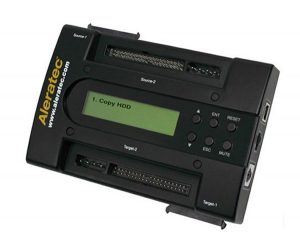 If you need to quickly and easily duplicate hard drives for your backup purposes or recovery. Then the  Aleratec 1:1 HDD PortaCruiser portable hard drive duplicator could help. It  lets you clone 2.5 inch and 3.5 inch hard drives with ease and supports both IDE and SATA I/II HARD disk drives. You can also set up access your drives via a USB 2.0 connection to your computer … END_OF_DOCUMENT_TOKEN_TO_BE_REPLACED 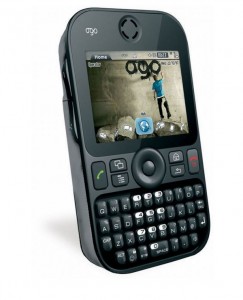 Runcom and IXI have just released its brand-new brand new WiMAX-enabled GSM cellphone. WiMAX is a long range system that can provide connection speeds up to 10mbps over large areas and uses licensed or unlicensed spectrum to deliver a point-to-point connection to the Internet. The new WiMAX phone  as both GSM and WiMAX integrated chipsets for voice calls, VoIP calls and high … END_OF_DOCUMENT_TOKEN_TO_BE_REPLACED 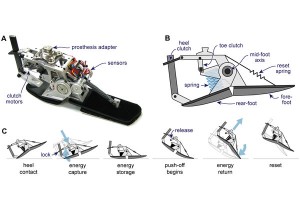 An new prosthetic foot has been developed and explained in a  PLoS-One paper by Steven H. Collins (Department of Bio-mechanical Engineering, Delft University of Technology) and Arthur D. Kuo (Departments of Mechanical and Biomedical Engineering, University of Michigan). The innovative new artificial foot uses a micro controller to operate a device in the foot which stores … END_OF_DOCUMENT_TOKEN_TO_BE_REPLACED 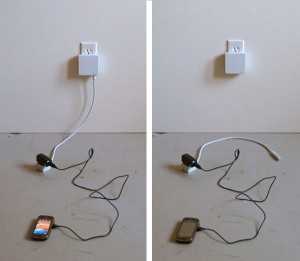 This innovative Leech Plug concept designed by RISD student Conor Klein ejects the power cable once the attached device is completely charged. Disconnecting itself from the power source stopping  all energy consumption stops until the plug is inserted again. Hence the name Leech Plug inspired by a leech as when its full a leech will fall from its host. Check out the video of … END_OF_DOCUMENT_TOKEN_TO_BE_REPLACED 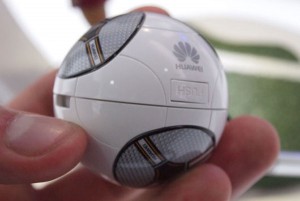 In preparation for this year's FIFA World Cup in South Africa Huawei have created a football themed 3G mobile broadband dongle in the shape of a football. The Huawei 3G mobile broadband dongle is compatible with Windows 7, Linux and Mac computers and includes a microSD slot and has UK 3G spectrum support within. … END_OF_DOCUMENT_TOKEN_TO_BE_REPLACED 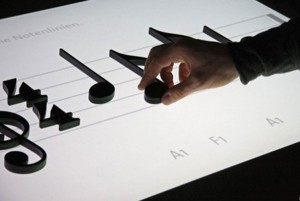 Looking for an easy way to compose music in a visually and interactive tactile way? The Noteput interactive music table allows you to move notes pieces on its surface while composing music. Once you have refined your tune you can then record it and playback sequence through connected speakers. … END_OF_DOCUMENT_TOKEN_TO_BE_REPLACED 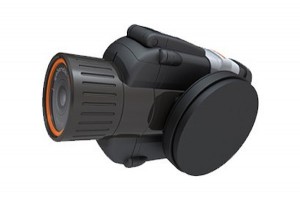 If you need to record your extreme sports adventures the gobandit GPS HD can capture every detail in superfast high-definition. It's also equipped with an integrated GPS so you can track exactly which footage was taken where and even overly your video footage with your current speed, top speed and even your altitude. Perfect for extreme sports enthusiasts needing evidence of … END_OF_DOCUMENT_TOKEN_TO_BE_REPLACED 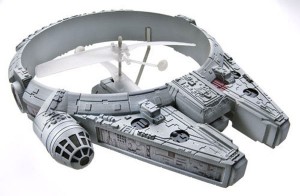 If you've ever wanted to take Hans Solo's Millennium Falcon for a spin, this remote-controlled model from the Toy Fair could definitely be worth looking at. Released by Hasbro this flying model of the Millennium Falcon, which Hans Solo once bragged made the Kessel Run in less than 12 parsecs… can now be yours to fly indoors. … END_OF_DOCUMENT_TOKEN_TO_BE_REPLACED 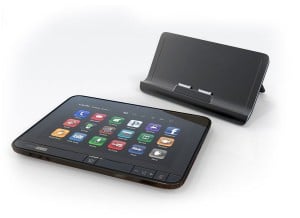