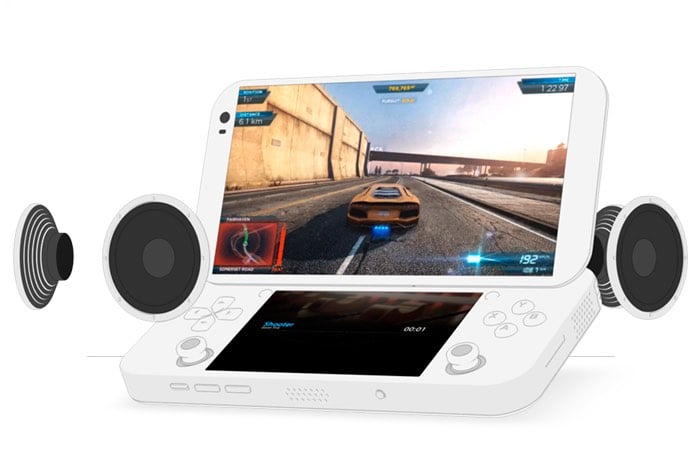 PGS Lab have created a new portable gaming system which has been specifically designed to allow you to play PC games whilst on the move.

The PC games console is still in its concept stages at the current time but has already raised over $200,000 via Kickstarter thanks to over 760 backers with still 26 days left remaining on its campaign to go.

Watch the promotional video below to learn more about the specifications and design of the portable PC games console but is now available to backfire Kickstarter with early bird pledges starting from just $230.

We are developing PGS during last two years. Engineers from Japan, China and Russia are actively working on the development of it. Our partners from China guarantee the possibility of production of such consoles in their manufacturing facilities with scalable amount of produced devices.

Each stage of our product development involves as various engineering tests, as well as testing on real gamers, including both aspiring and professional players. Preliminary agreements with independent investors guarantee us proper realization of the project, even in case if there are any additional expenses due to various reasons.

The main help, which we are waiting from Kickstarter and its community, is to identify the interest of end-users in our product and the wide range of problems, which can be solved with it. We are really waiting for your support, which will give us clear answers for these questions.

For more information on the new PGS Lab PC games console jump over to the Kickstarter website for details by following the link below.