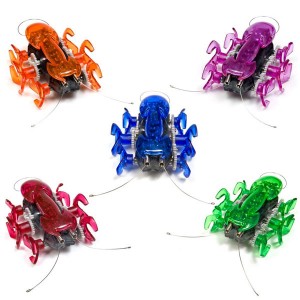 Innovation First has just showcased its latest robotic creations the HexBug at New York city's toy fair. The new HexBug Ant Micro and HexBug Nano Newton have transparent exoskeletons and are powered by two small button cell batteries which provides them with the power scurry around like real bugs. The Ant Micro has touch sensors on its nose and tail allowing it to avoid … END_OF_DOCUMENT_TOKEN_TO_BE_REPLACED 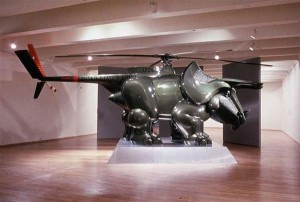 Built by Patricia Renick in 1977 this interesting sculpture combines a dinosaur triceratops with half a  U.S. Army OH6A/Cayuse helicopter. It was first shown in his solo exhibition at Cincinnati’s Contemporary Arts Center in 1977. The whole sculpture is built on the frame of the Vietnam era Cayuse helicopter using fibreglass. … END_OF_DOCUMENT_TOKEN_TO_BE_REPLACED 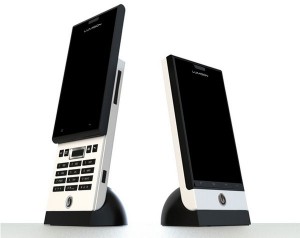 Scandanavian mobile phone manufacturer Lumigon have created a range of stylish mobile phones reminiscent of the old Nokia sliding style phone. Both the Lumigon T1 and S1 phones run the Google Android 2.1 operating system the range has touchscreens which slide open to allow access to their hidden T9 keyboards. unfortunately little is known about the E1 model but Lumigon … END_OF_DOCUMENT_TOKEN_TO_BE_REPLACED 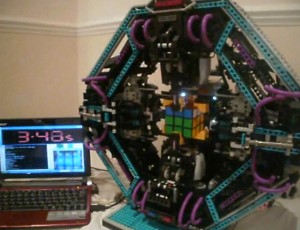 This LEGO Rubiks cube solver created by Robotic Solutions has got to be the most breathtaking example of LEGO construction and ingenuity I have ever seen. The CubesStormer is the Worlds Fastest Lego Mindstorms RCX Speedcubing Robot is capable of solving the standard Rubik's cube in less than 12 seconds. Check out the video after the jump to see it in action. … END_OF_DOCUMENT_TOKEN_TO_BE_REPLACED 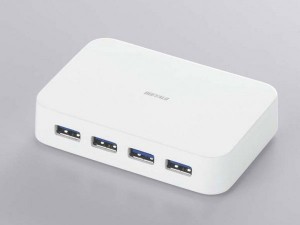 Buffalo-Kokuyo has just released their first 4 port USB 3.0 Hub the BSH4A03U3 which is now available in either black or white and supports Windows XP, Vista and 7 as well as OSX 10.4 according to Buffalo. … END_OF_DOCUMENT_TOKEN_TO_BE_REPLACED 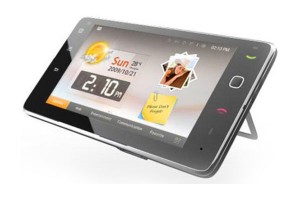 Launched at MWC 2010 the Smakit S7 is another stream device from Huawei which features his 7 inch wide touchscreen with a resolution of 800 x 480 with a customised Android user interface and special customised home screens. The Huawei Smakit S7 supports information-sharing across screens to present the same content simultaneously on computers, mobile phones and TV screens. … END_OF_DOCUMENT_TOKEN_TO_BE_REPLACED 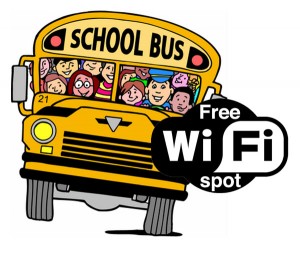 An Arkansas school who added WiFi to its school buses and issued its students with laptops nearly 3 years ago. Has seen mischievous behaviour and  incidents on its buses decrease and their school buses turn into ' rolling study halls'. As students use the bus time to engage in research, assignments and even updating Facebook status on the long bus journeys to and from school. … END_OF_DOCUMENT_TOKEN_TO_BE_REPLACED 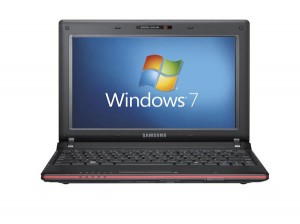 Samsung has been demoing 4G is far back as 2006 and is taking  the opportunity that Mobile World Congress 2010 to launch the world's first 4G netbook the N150 Netbook. The Samsung 4G netbook is set to be a refresh of the existing Samsung N150 netbook fitted with an upgraded modem from LTE, a Samsung-owned company. The modem, dubbed Kalmia, offers much faster download and … END_OF_DOCUMENT_TOKEN_TO_BE_REPLACED 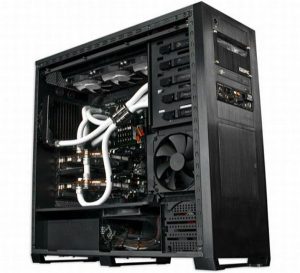 The latest monster gaming PC from Digital Storm the Black OPS Gaming PC has been designed from five unparalleled performance with Digital Storm's sub zero liquid cooling system and a Twistedboost overclocking process. Twistedboost overclocking process optimises and over clocks the PCs processor and graphic card memory to squeeze every ounce of performance from the components. … END_OF_DOCUMENT_TOKEN_TO_BE_REPLACED 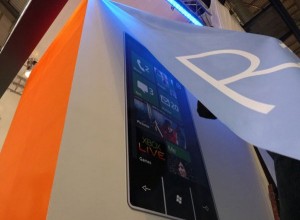 As you can see from the image below (sneakily taken in Barcelona before Microsoft's Windows Phone press event at MWC 2010) shows some kind of Xbox Live integration and a new home screen featuring large icons for calls, text messages and e-mails with additional areas for Facebook and pictures. … END_OF_DOCUMENT_TOKEN_TO_BE_REPLACED 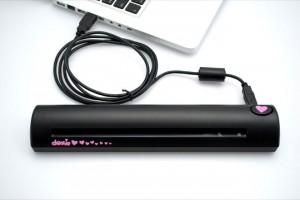 This small and reasonably priced Doxie scanner was launched this week that the Macworld Expo. As well as the mobility and features you would expect from a scanner it also comes with Doxie’s cloud service. Which allows you to scan pictures and documents and automatically send  them to the web with their own URLs for sharing. It it already compatible with the number of … END_OF_DOCUMENT_TOKEN_TO_BE_REPLACED 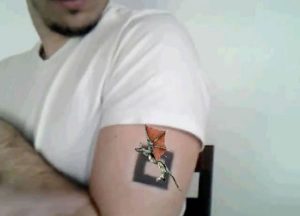 If you're looking for something that extra special in a tattoo. Why not consider the next gen augmented reality tattoos which allow you to have animated images appear from your limbs when viewed through a camera. This example below shows an augmented reality tattoo transforming into a flying Dragon. Check out the video after the jump. … END_OF_DOCUMENT_TOKEN_TO_BE_REPLACED