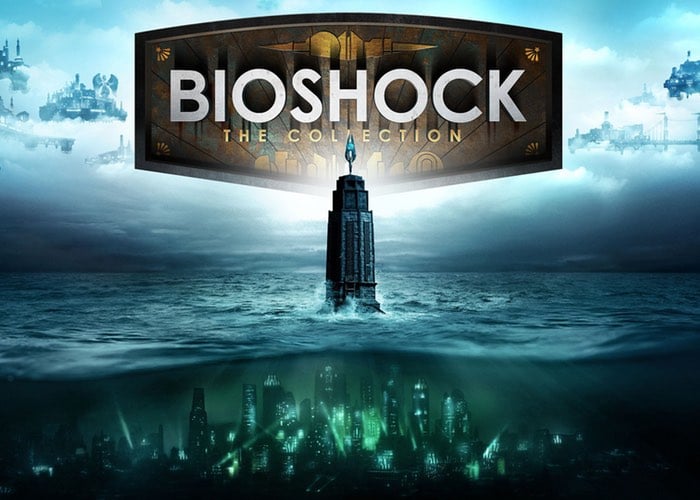 Putting rumours to rest 2K Games has today officially unveiled the BioShock The Collection which will be available to play on Xbox One, PlayStation 4 and PC systems from September 13th throughout the US and a little later on September 16th in the UK and Europe.

Check out the official announcement trailer for BioShock The Collection below to whet your appetite before its launch in a few months time. BioShock : The Collection includes a wealth of BioShock material and games as you would expect including :

It’s been nine years since Irrational Games and 2K took you on a terrifying journey to the depths of the underwater city of Rapture with BioShock. Five years since you returned to Rapture in BioShock 2. Three years since you grabbed a skyhook and sailed across the floating city of Columbia in BioShock Infinite. And on September 13, 2016 (September 15 in Australia and September 16 internationally), you can relive these award-winning adventures or experience them for the very first time remastered for current-gen consoles and digital PC with BioShock: The Collection.

Countless fans have asked for this since the PlayStation 4 and Xbox One arrived – and we listened! Working with Blind Squirrel Games, we’ve remastered BioShock, BioShock 2, and BioShock Infinite for PlayStation 4, Xbox One, and PC making them look better than ever*. BioShock: The Collection brings the three titles together for the first time, complete with all single-player DLC** and a never-before-seen video series, “Director’s Commentary: Imagining BioShock,” which includes insights from Ken Levine – over $100 of content – for only $59.99. It’s a circus of values!