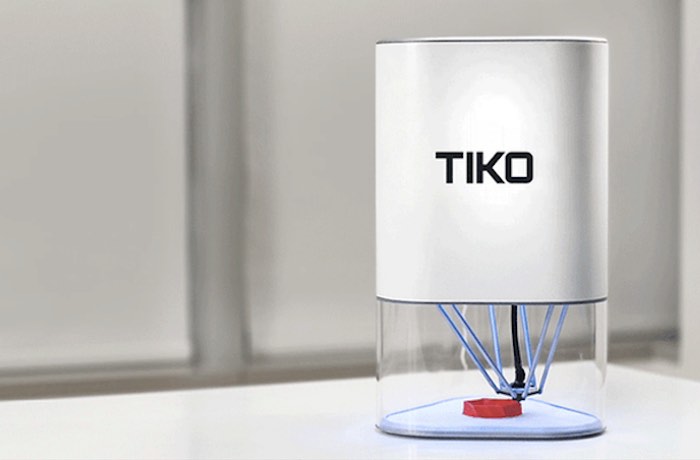 Back in September of last year the Tiko 3D Printer by Kickstarter with early bird pledges starting from just as little as $99 for the first 100 lucky backers. This week Tiko has announced that it has now started shipping its 3D printers to backers after raising just under $3 million during its Kickstarter campaign.

The recommended retail price of the Tiko 3D Printer during its Kickstarter campaign was just $179 and although the project is shipping a few months later than expected first report on the construction of the new 3D printer are encouraging.

The bowden tubes were still popping out,” the team explained “At first we assumed it was the flare/fitting, but it turned out to be something much deeper than that. It was a scary moment, but together with our dedicated crew of engineers and the help of some awesome suppliers, we pulled through!

Now, given that we’re short on staff and space, we’ll have to start slow and work our way up. We’ll only be able to ship a couple of hundred printers this week, but by next week it will be closer to 500, and once we move the operation to our factory it’ll be in the thousands,” states the team on Kickstarter. “By the end of July we’ll reach full steam ahead – approximately 10,000 printers per month. This is limited only by the production rate of certain components, however we’re making additional molds and expanding that capacity over the summer, so the sky is the limit!

For more information on the new Tiko 3D Printer jump over to the Kickstarter website for details by following the link below.