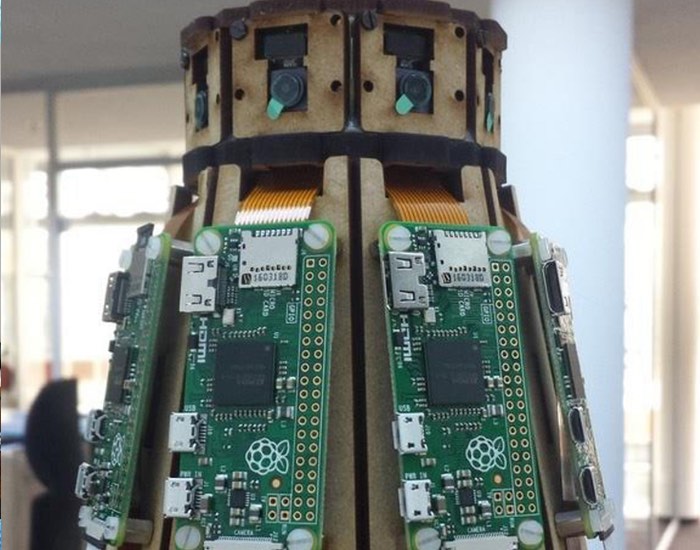 Its creator James explains a little more about the panoramic camera and its construction Using the awesome Raspberry Pi Zero mini PC which is now available to purchase priced at just $5.

The idea is to be able to shoot a 360 degree panorama all in an instant. This camera (well actually cameras) is a laser-cut MDF housing that holds 8 Raspberry Pi Zeros (v1.3) connected to 8 Raspberry Pi Cameras (v2.1).

I have all the Raspberry Pi Zeros connected via OTG to 2 Raspberry Pi3 Model B’s. That’s 4 Zeros per Pi 3. They are both connected via wifi to an access point (for now that’s my cell phone) and powered by the 2.5A official power supply.

Check out the Raspberry Jam Berlin website for more details on the Zero 360 which was created with the help of the awesome online store Pimoroni which is a great place to purchase all your Raspberry Pi hardware and other electronics within the UK.

If you enjoy building Pi projects you might be interested in our comprehensive list of Raspberry Pi displays, HATS and small screens or this list of awesome Raspberry Pi Zero projects we have put together.